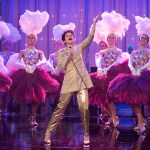 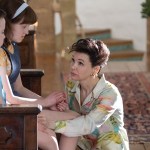 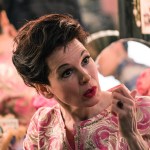 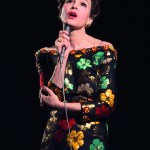 Renee Zellweger is coming for another Oscar. The actress completely transforms into the role of Hollywood icon Judy Garland in a new biopic teaser. Renee’s voice and look is incredibly spot on. She sounds identical to ‘The Wizard of Oz’ star.

Is that Renee Zellweger or Judy Garland? It’s honestly hard to tell after watching the newest teaser for Judy. Renee, 50, looks exactly like the The Wizard of Oz star — from the dramatic makeup to the wardrobe to the voice. Renee sings Judy’s classic song “Over the Rainbow” in the latest trailer and her voice sounds so much like Judy’s. Renee is clearly the perfect choice to play the Hollywood legend.

The movie is set in winter 1986 as Judy arrives in London to perform a 5-week sold-out run at The Talk of the Town. It’s been 30 years since she rose to fame as Dorothy in The Wizard of Oz. As she prepares for the show, she battles with management, charms musicians, and reminisces with friends and adoring fans, and her wit and warmth shine through. She embarks on a whirlwind romance with Mickey Deans, who eventually becomes her fifth husband.

Even though it’s been 50 years since Judy died, she is still known as one of the world’s all-time greatest entertainers. Over the course of a career that spanned nearly 5 decades, Judy accomplished so much. She won a Juvenile Oscar, was nominated for two Oscars for her performances in A Star Is Born and Judgment at Nuremberg, released 8 albums, and hosted her own TV series. At just 39 years old, Judy became the youngest and first female recipient of the Cecil B. DeMille Award at the Golden Globes. Judy had three children: Liza Minnelli, Lorna Luft, and Joey Luft. Judy suddenly passed away in 1969 at the age of 47 from an overdose of barbiturates.

Judy will feature some of the Hollywood legend’s best-known songs as the film celebrates the one and only Judy Garland. The movie also stars Jessie Buckley, Finn Wittrock, Rufus Sewell, and Michael Gambon. Judy is set to be released Sept. 27, 2019.