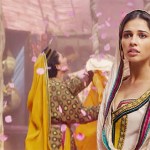 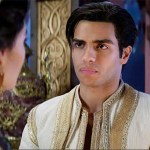 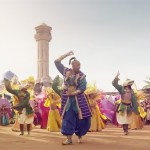 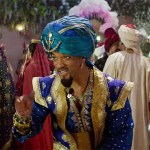 Just like that, all our music dreams have come true. Zayn Malik linked up with ‘The Four’s’ Zhavia Ward for a duet, & it’s the Disney magic we didn’t know we needed.

Zayn Malik’s return to music is just as magical as we hoped it’d be. The former One Direction member just dropped his first song of 2019, and it’s a stunning cover of “A Whole New World” from the Disney classic film, Aladdin. The best part? He linked up with The Four fan favorite alum Zhavia Ward, 18, for the song, and well – these two are a DREAM duo.

Needless to say, fans are already obsessing over the new song and video. “Zayn and zhavia took the title track of aladdin to the next level, dare i say, to A WHOLE NEW WORLD,” one fan wrote on Twitter after listening. “ZAYN AND ZHAVIA KILLED IT,” another gushed. “So dreamy 😍 #AWholeNewWorld,” yet another raved.

The poignant cover is just one of the standout tracks from the new Aladdin soundtrack. With the help of Will Smith, 50, the classic Disney film is getting the ultimate modern update. The flick is being transformed into a live action movie and judging from the trailer, it’s going to be e-v-e-r-y-t-h-i-ng! The film is due out on May 24.

Of course, Zhavia is slaying the solo game all on her own, and HollywoodLife caught up with her for an EXCLUSIVE interview about all of her amazing projects. After the release of her sultry single, “100 Ways,” she told us where she found the inspiration for the track. “The song is about how in my life, and how no matter what obstacle or thing has stopped me from getting to where I want to be, I find a way to get there,” the songstress revealed. Be sure to watch her new video with Zayn, above!