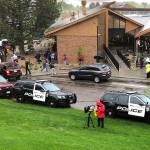 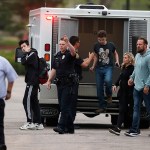 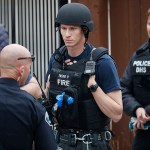 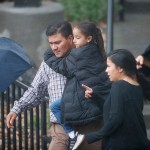 When tragedy struck at a suburban Colorado high school, a quick-thinking student, Kendrick Castillo, bravely tried to step in and save his fellow classmates. Here’s what we know about the teen who died trying to take down an active shooter.

After eight people were injured and one person died at the May 7 shooting that took place at STEM School Highlands Ranch in Colorado, the deceased is being hailed a hero. The late teen, Kendrick Castillo, 18, was a student at the high school, and bravely stepped in to try to stop the active shooter that day. As his family and fellow students laud him for his brave actions, here’s five things to know about him.

1. He’s being hailed a hero for his actions. After the gunman broke into the school, Kevin tried to halt the shooter.”Kendrick lunged at [the gunman] and he shot Kendrick, giving all of us enough time to get underneath our desks, to get ourselves safe, and to run across the room to escape,” senior Nui Giasolli told NBC News on Wednesday morning.

2. He was a member of the Highlands Ranch robotics club. The club, called FRC 4418 Impulse, is heartbroken over the loss of their beloved member. “We’re heartbroken by the death of Kendrick Castillo, a victim of the STEM School Highlands Ranch shooting,” the club tweeted. “Kendrick was a member of @Frc4418, of which his father is Lead Mentor. Our hearts go out to Kendrick’s family, friends, & all affected by the shooting.”

3. He was only days from graduation, according to media reports. He reportedly would have finished his senior year in three short days.

4. He held down a successful internship. Kendrick was an intern for Bacara USA, a manufacturing business. The student began an internship there last year, and according to the company, he performed so well they gave him a part-time job. The company’s CEO said “Castillo loved engineering and was eager to help people.”

5. His family spoke out after his death, in hopes that he will be remembered. His father, John Castillo, acknowledged his son’s stance as a hero.  “I want people to know about him,” he told ABC News.