Porsha Williams, 37, looks like she’s ready for summer just six weeks after giving birth! The Real Housewives of Atlanta star and fiancé, Dennis McKinley welcomed their first child together, a baby girl, Pilar Jhena on Friday, March 22. Porsha put her toned legs and tiny waist on display in a new photo with her RHOA co-star, Kandi Burruss on May 5. “Look at who I ran into this week!” Kandi captioned a photo of them, adding that Porsha’s “bounce back game is strong!” And, we couldn’t agree more.

“Being a mommy looks good on her,” Kandi wrote, along with a message to tune into her new Bravo special, Porsha’s Having A Baby. The three-part special, which airs every Sunday, follows Porsha and Dennis as they navigate the final weeks leading up to Pilar Jhena’s birth. Kandi and Porsha’s co-star, Eva Marcille, who is currently pregnant with her third child, commented on their photo with three sunflower emojis. Porsha replied with two cartwheel emojis and kisses, writing, “Thank you boo!!”

Porsha and Dennis got engaged at the end of September 2018 when he surprised her with a lavish proposal that included a helicopter ride, rose petals and candles. The couple announced on RHOA‘s season 11 finale that they will tie the knot on New Year’s Eve. “She’s keeping the oven bun-free until after the wedding,” Porsha’s end-of-season confession included.

Look at who I ran into this week! @porsha4real’s bounce back game is strong! Being a mommy looks good on her. Make sure to tune in to #PorshasHavingABaby tonight on @bravotv 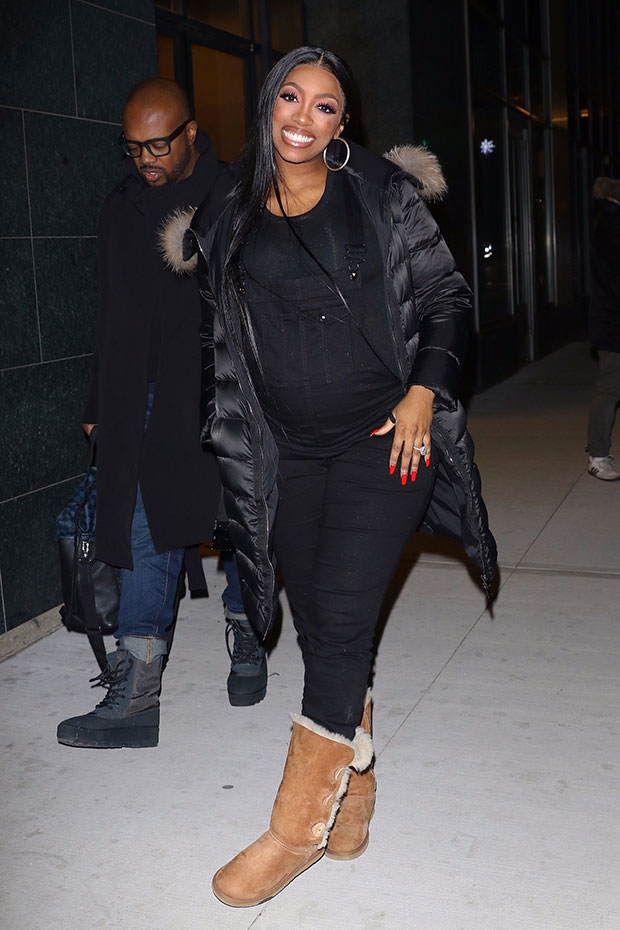 Porsha and Dennis admitted that they’d already be married if it weren’t for their baby daughter. In the latest episode of their Bravo special, the new mom shot down rumors that she hasn’t married Dennis because of cold feet. Instead, Porsha said they postponed their nuptials when they found out she was pregnant. “I didn’t postpone a wedding cause I’m unsure. I postponed a wedding because I’m pregnant,” Porsha told Dennis’ mother, Mama Gina, assuring her future mother-in-law that the two are looking forward to their New Year’s Eve nuptials.