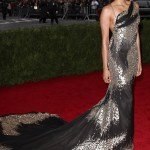 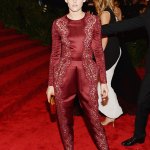 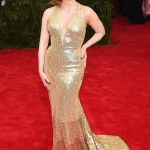 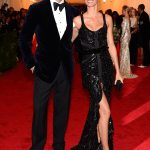 The 2019 Met Gala theme, ‘Camp: Notes on Fashion,’ left stars struggling to find the perfect look — and many weren’t thrilled with their options, according to a new report.

It looks like this year’s Met Gala is proving to be quite difficult for some celebrities to dress for! This year’s theme, ‘Camp: Notes on Fashion,’ was inspired by Susan Sontag’s 1964 essay, Notes on Camp, which brought mainstream attention to ‘camp’ style. ‘Camp’ fashion is defined as “an aesthetic style and sensibility that regards something as appealing because of its bad taste and ironic value.” Like with every Met Gala theme, there are dozens of different ways this can be construed, but we can likely expect to see some very over-exaggerated, extreme and even gaudy red carpet looks when the stars show up on May 6.

Unfortunately, the wacky theme was reportedly a struggle for some of the celebrities on the guest list. “I know some A-listers who regularly attend were unhappy with the looks designers were pitching them,” Page Six reports. “The idea of ‘camp’ is out of their grasp.” Anything goes when it comes to fashion at the Met Gala, so we can definitely expect some bold and out-there looks with this theme. Stars like Rihanna, Katy Perry and more have already been known to don outrageous ensembles at the Met Gala, so with this theme, things could be taken to a whole new level!

As always, Anna Wintour will be leading the charge at the 2019 Met Gala. This year, her co-chairs are Harry Styles, Lady Gaga, Serena Williams and Gucci’s Alessandro Michele. The Camp: Notes on Fashion exhibition will be featured at the Metropolitan Museum of Art from May 9 until Sept. 8, and will include more than 200 pieces of artwork.