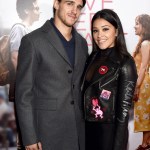 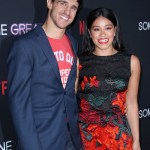 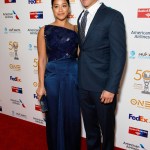 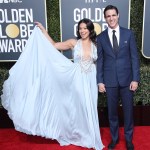 Congratulations to Gina Rodriguez and Joe LoCiero! The ‘Jane the Virgin’ star announced on Instagram that they were married in the sweetest wedding video that you must see.

Gina Rodriguez is a married lady! The actress, 34, shocked her fans when she revealed on Instagram that she and her fiancé, actor Joe LoCiero, 31, got hitched on May 5. The couple, who got engaged in January 2018, had the most magical ceremony, as shown in a romantic video Gina shared with fans. In the heartwarming clip, Gina is seen wearing a to-die-for white wedding gown that hugs her curves, and a beautiful, bejeweled headband in her perfect hair. Try not to cry when you see Joe tearing up as he sees Gina walking down the aisle, accompanied by both her mom and dad. You can watch Gina’s wedding video HERE.

‘”With that one kiss we got 100 new family members’ my 9 year old niece, Mia ❤️ Thank you to my mother in law for the wedding of my dreams. And the village that helped her! Special thank you to our soul brother @justinbaldoni and my new brother for singing me down the aisle,” Gina captioned the video. You may have noticed that she tagged Justin Baldoni in her caption. Look at the video again — Her Jane the Virgin co-star, who played Rafael, officiated the ceremony! Okay, now we’re crying.

Gina and Joe met on the set of Jane the Virgin in 2016, when he guest starred as a stripper. They began dating soon afterward. She cheekily announced their engagement on Instagram too, with a post for Joe’s birthday that happened to include her diamond engagement ring. Jane talked about finding the love of her life on the set of her star-making show in an August 2018 interview with the Associated Press: “I never was the girl that dreamt about my wedding. I did always pray that I would meet a really cool partner, whether it was going to be male or female, that I was going to have somebody that was going to uplift me and support me and want me to shine and not want to take away from that, but want to shine as well in their own right,” she told AP. “And I found it in Joe, and I found it on the set of Jane.”