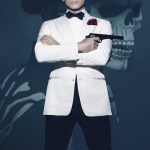 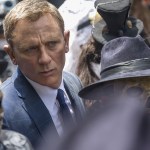 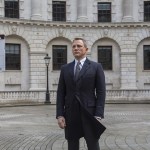 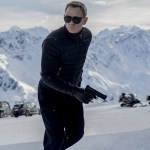 His role may be Agent 007, but Daniel Craig was sporting a six-pack while shooting a scene for ‘Bond 25’ in Jamaica. Not only was he sporting ripped abdominals, but a variety of weapons too.

We spied a ripped six-pack on the most famous British spy of them all — James Bond, or rather, Daniel Craig. At 51 years old, Daniel is still rocking the same physique that he did while filming shirtless scenes for his first Bond movie, Casino Royale (2006). More than a decade later and the actor ditched a shirt again to shoot an action scene for the 25th installment in the Bond franchise, Bond 25. In these pictures, Daniel is seen walking across a boardwalk in Jamaica in just tiny swim shorts and a towel thrown over his shoulders on May 5.

While the camera rolled, Daniel was also seen wielding a pistol and another weapon that appeared to be a harpoon — alas, he covered his abs in a tight grey T-shirt for these scenes. He was also pictured gutting a large fish, as a friendly feline looked on. Abs, cats, standoffs — what’s not to love?

This is Daniel’s fifth Bond movie and it’s set to premiere on April 8, 2020. In this special anniversary film, Agent 007 is now retired but returns to the game of hunting down mastermind villains at the request of his CIA pal, Felix Leiter. Ever since the cast was officially announced on April 25, pictures from set have slowly been trickling in, such as a photo of Daniel taking the wheel of a Series III Land Rover with the top down. This is the last time we’ll be seeing Daniel in action as the iconic secret agent, as he revealed in a 2017 appearance on The Late Show with Stephen Colbert, “I think this is it. I just want to go out on a high note. I can’t wait.”

Other familiar faces reprising their roles will be Lea Seydoux, Ralph Fiennes, Naomie Harris, Rory Kinnear, Ben Whishaw, and Geoffrey Wright. There will be fresh faces, too, such as the actor who’ll play the villain himself — Oscar-winner Rami Malek, 37!