Wow! Ciara really delivered on the theme of camp, not only with her outfit, but with her larger than life hair! It’s fringe, it’s feathers, it’s FIERCE.

Ciara looked incredible as she walked out onto the pink carpet for the 2019 Met Gala wearing an emerald green cutout dress that demanded to be seen. With along train of feathers following behind her, one couldn’t help feel like she was channelling Cher’s iconic Bob Mackie look she worn to the Oscars in 1986. This gown, of course, its much more vibrant, due to the green color, but it’s really brought together perfectly by her large-and-in-charge hair. It’s like Diana Ross times ten!

Ciara isn’t like Lady Gaga and Katy Perry, who really have defined their fashion choices as camp throughout their career. Having said that, Ciara still takes quite a number of risks when it comes to what she wears. The week before the Met, on May 1, Ciara rocked a glamorous, black gown for the Billboard Music Awards. With sheer, window panelling at her cleavage and high slit that would make even Angelina Jolie take a second look, Ciara commanded attention not only on the red carpet, but later during the show when she performed.

Then again, Ciara is also one of those stars that shines even when she isn’t all dolled up. In fact, you’ll often catch Ciara sharing makeup free selfies on Instagram, and being pretty damn proud of it too. Recently, she shared one with her followers and proclaimed how happy she was to be ’embracing’ herself ‘fully.’ “No makeup. No extensions. Vulnerable,” she captioned the picture. “My Beauty Marks and all. The real me.. and I love it.” 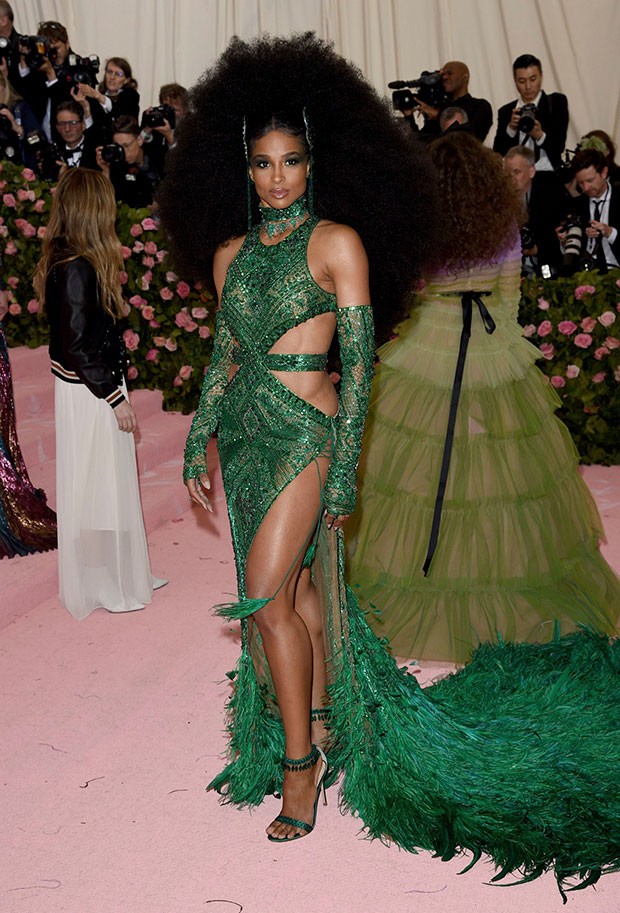