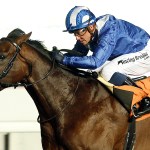 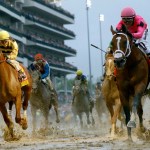 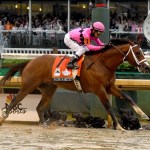 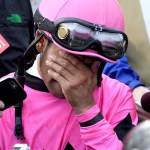 Maximum Security won the 145th Kentucky Derby… but was then disqualified after an objection.  Here’s what you should know about the horse and the jockey who rode him, Luis Saez.

Maximum Security wasn’t able to secure his win at the 145th Kentucky Derby. The horse, jockeyed by Luis Saez was initially crowned the winner of the event, but was disqualified moments later. This marks the first time in Kentucky Derby history that a horse was disqualified from an objection. Here’s what you should know about the horse and his jockey.

1. He was the favorite to win. The No. 7 horse got a quick lead in the race and hung onto it despite a close pack and sloppy conditions. This would have been the seventh time that the favorite has won the Kentucky Derby; the first being Orb in 2013.

2. His win was objected and then overturned. In all of its 145 years, there has never been an objection that turned into a disqualification – until now. The title then went to Country House, the second horse to cross the finish line.

3. Maximum Security has only been racing for five months. The horse began its career with a $16,000 sprint in December. The horse’s trainer Jason Servis entered him into the claimer and admitted he didn’t know the horse would do as well as he did. “When I put him in, I thought he’d win. I wasn’t expecting a gallop like that. I thought he’d win a maiden $16,000, but I didn’t think he’d win by 10,” he told The Lexington Herald Leader.