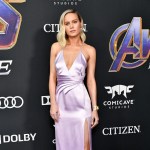 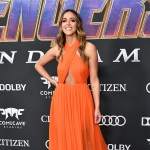 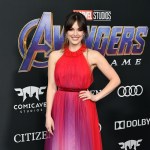 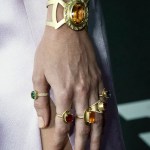 ‘Avengers: Endgame’ star Chris Evans took to Twitter on May 3 to poke fun at co-stars Chris Hemsworth and Chris Pratt by calling them ‘losers’ in response to a tweet from the directors of the film, Joe and Anthony Russo.

There seems to be some fun banter going on between Chris Evans, 37, and Avengers: Endgame directors Joe and Anthony Russo! The trio couldn’t help but jokingly call out fellow stars Chris Hemsworth, 35, and Chris Pratt, 39, when they had a fun exchange on Twitter on May 3. It all started when the Russo brothers tweeted that the spoiler ban for their new Avengers film, which has been out in the U.S. since Apr. 24, lifts on Monday, May 6. Evans then replied with the question, “Does that mean I can start posting set videos on Monday?” That led to the directors’ jab at “the other Chrises”, Hemsworth and Pratt, which was then followed by Evans’ own jab.

“Yes. Btw, did we ever tell you you’re the most responsible of the Chrises?” Joe and Anthony’s tweet to Evans read. “Which is obviously WAY cooler than being the most handsome, funny, or talented. Take note, other Chrises. Losers,” Evans hilariously replied.

It didn’t take long for fans of the popular Marvel film to take notice of the funny exchange and make their own jokes. “Are we about to have a Civil war between the Chrises?!” one follower asked while another tweeted, “All the other Chrises that were minding their own and having a nice day; all of a sudden ~ wow.” Others insisted they “loved all the Chrises” and didn’t feel the need to choose just one.

Which is obviously WAY cooler than being the most handsome, funny, or talented. Take note, other Chrises. Losers. https://t.co/vG0JGheowM

Although Hemsworth and Pratt have yet to comment on the Twitter joke between Evans and the Russo brothers, it wouldn’t surprise us if they eventually added their own humor to the tweets. Pratt’s Instagram post earlier this week may have given an indication on why the Russo brothers made the joke they did. In the post, Pratt shared a video from the Avengers set and reflected on a spur of the moment feeling he had during filming and how it caused him to do something that was against the rules.

“I remember being blown away in this moment on the @avengers set,” Pratt’s Apr. 29 caption for the pic read. “Nobody was allowed to film anything on their phones. I said screw it. “No rule was going to stop me from seizing this once in a lifetime opportunity to capture this collection of stars, a groupthat [sic] likely will never be in the same room again. We are so blessed.”