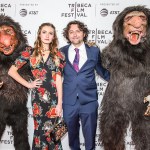 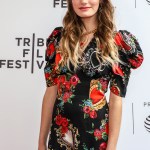 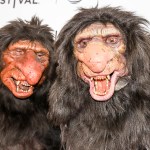 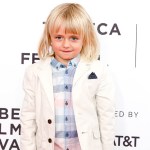 Where do we go when we die? Nicole Berger & her fellow cast members explore that question beautifully in their Tribeca film, ‘The Place Of No Words.’

It’s the question we will, probably, never, ever be able to answer — what happens after you die? In writer-director-star Mark Webber‘s Tribeca release The Place Of No Worlds, this age-old question is answered through the eyes of a young boy named Bohdi (Bodhi Palmer) whose father (Webber) is terminally ill. “Bohdi asked the question, ‘Where do we go when we die?’ This is an unanswerable question, because depending on personal belief, religion, culture, everyone has their own opinion or idea where we go and what happens when we die,” actress Nicole Elizabeth Berger described of the film in an EXCLUSIVE interview with HollywoodLife. The young actress takes on the role of Esmeralda, the daughter of the family’s closest friend and Bohdi’s babysitter.

“He looks up to me and sees me as a source of love and comfort and I’m someone who brings magic and playfulness to his life,” Nicole explained. “In Bodhi’s imagination, I am a guardian angel that guides them on their journey toward death that finds the Place with No Words.” She continued, “It’s not in a sad or fearful way, but in a way that reminds us to cherish each moment with the ones we love, because we’re all just visiting here.” In the film, Bodhi creates a magical place to find his own answer to where we go when we die, as a way to cope with his father’s cancer.

“The main theme of this film, for me, is conquering our fear of death by embracing the beauty of being alive through using our imaginations. If we could all bring in our childlike wonder into the dying process, we may even be able to see the beauty in death,” Nicole beautifully added. The 15-year-old actress has a big year ahead of her, with sci-fi film Ally’s Realm also on deck to premiere!