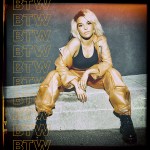 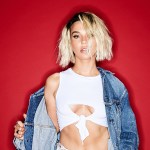 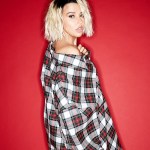 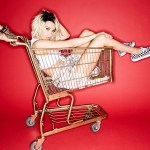 The pop songstress just released the new video for her relatable breakup anthem ‘BTW’ & told us all about making it in an EXCLUSIVE interview.

Pop music newcomer Shaylen, 26, isn’t salty about her past breakups, no – she’s using them as a catalyst for crafting relatable anthems that have fans falling in love. The rising singer has her sights on the A-list, but she got her start in a humble way – right at home. “I would have friends over at Thanksgiving, I probably was like five or six and I would just… we had to put on a whole performance every time we had any holiday dinners. So I started out really, really young and then I wanted my dad to buy me a piano when I was little and well, I just started to learn by ear.”

Now, the Dallas, Texas native is signed to Republic Records, and is releasing hit after hit! The singer didn’t hold back with her honest new track, “BTW,” inspired by a past relationship. “Literally there’s no sugarcoating it,” she tells HollywoodLife. “He was just, well, we all have those relationships and I’m actually thankful it happened because I’m always thankful for any relationship because it teaches you something that you need to know about yourself. And just life in general and in that relationship it was… It’s not always going to be great, I know that, but it’s like, he wasn’t awesome as a person, nor was he in bed, and obviously sex isn’t the end all be all thing for me, but it’s like if you’re not filling my emotional bucket I can’t fill yours, you know? So, I learned a lot about myself and I was like ‘peace out, bro.’ I wrote a great song about it,” she says with a grin.

For those in need of a good chuckle, Shaylen’s new video is sure to do the trick. “It’s pretty much me reenacting the relationship that I did have and there’s parts where the guy is in the mirror just looking at himself and I’m watching him like, “Jesus Christ you’re such a liar, you’re so narcissistic, it’s crazy.'”

She continues, “So, and I’m singing the song and I’m like in the shower, he’s in the mirror checking himself out, not even realizing I exist. And then there’s a part where we’re like… it’s all bad sex innuendos, that’s just what I wanted to do with it. There’s a part where, in the bed, he’s on his phone, and I’m like, ‘Bro, I’m over here,’ and then he just raises it to my neck, and I’m like, ‘This is terrible,’ and he thinks he’s so good at it, like it’s all just very funny and then at the end I’m just like, ‘Get out.’ I throw his clothes at him and have a dance party by myself with a champagne bottle,” she explains. Watch the hilarious new video for yourself, above!

For Shaylen, the sky’s the limit, and she’s definitely not boxing herself in when it comes to realizing her dreams. Who knows? The singer might even end up taking her music career full circle. “[I] thought I would end up on Broadway. Still want to do that one day! Making it is my ultimate goal.”