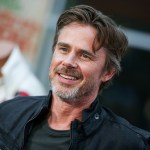 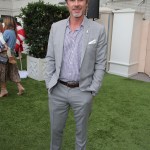 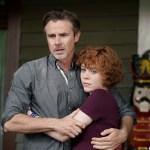 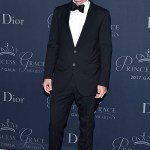 We all are anxiously awaiting for the final season of ‘Homeland’ to come to Showtime, and Sam Trammell is giving us some details about his role in season 8!

We’re ready to meet the Vice President! Well, the dashing Sam Trammell as the Vice President in Homeland. The True Blood actor will be trading in his fangs for a spot in the White House in the final season of Homeland and we couldn’t be more excited. “This year has been very busy. I’ve been going to Morocco back and forth to film Homeland and it’s been really exciting,” Sam revealed to HollywoodLife.com in an EXCLUSIVE interview. “I just have a lot of respect for that show. It’s such a good show. It’s just really, really great playing the Vice President and especially in this last season. It’s a great part, and just great working with these actors. And the writing is so sharp!”

Sam continued to say that the writers of the show meets with ex-heads of state and CIA to make sure the show is as authentic as possible. “They’re always ahead of the curve on what’s relevant and what’s going to be relevant,” he explained. “It’s also just fun to be in Morocco!” It’s been a huge year for Sam already, in addition to filming Homeland! The actor starred as Dr. Kent Sutterer in the film Breakthrough, alongside Chrissy Metz and Topher Grace.

“It’s really just a miracle, however you want to see it,” Sam said of the survival of John Smith, who was submerged under a frozen lake for 15 minutes and pronounced dead. “There’s no way to explain this other than it was just something else. It was a miracle. There’s no way to explain it scientifically. He was not breathing for 45 to 50 minutes. It’s just one of those things that inexplicable.”

Sam also has his show Reckoning, a psychological thriller for Sony Pictures Television, coming out late 2019. “It’s a thriller. It’s a really, really edgy, on the edge of your seat thriller!” Sam teased. We can’t wait to see!