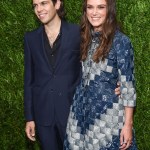 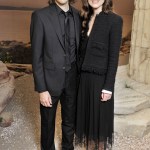 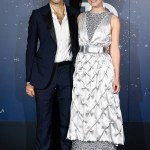 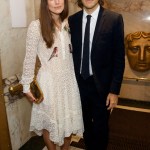 Keira Knightley debuted her baby bump in style — at a Parisian party! The ‘Pirates of the Caribbean’ star revealed her surprise pregnancy at the Chanel J12 cocktail party on May 2.

Keira Knightley, 34, is going to be a mother of two! The Pirates of the Caribbean star stepped out with a baby bump in tow, as seen in this picture, at the Chanel J12 cocktail party in Paris, France on May 2. It was a surprising sight, considering that Keira has been mum about any pregnancy plans after welcoming her first child, daughter Edie, in 2015. Keira was already sporting a pregnancy glow as she made her way into the party, cradling her precious bump that was hugged by an elegant shift gown. HollywoodLife has reached out to Keira’s rep for comment.

Fans were ecstatic to see that Keira’s family with her husband of six years, former Klaxons band member James Righton, 35, is growing. “KEIRA KNIGHTLY IS PREGNANT AGAIN OH MY GOD <3333,” one fan tweeted, while more were just as liberal with their use of all-caps at the thought of Keira carrying another baby — and for good reason. The Pride and Prejudice actress essentially wrote on behalf of mothers when she penned the truth about childbirth in an essay for Feminists Don’t Wear Pink (And Other Lies) that was published in Oct. 2018.

Addressing her now nearly four-year-old daughter, Keira wrote, “You came out with your eyes open. Arms up in the air. Screaming. They put you on to me, covered in blood, vernix, your head misshapen from the birth canal. Pulsating, gasping, screaming…I remember the sh*t, the vomit, the blood, the stitches. I remember my battleground. Your battleground and life pulsating. Surviving. And I am the weaker sex? You are?” The powerful think piece sparked controversy, since Keira compared her graphic experience to Kate Middleton, who stepped out in a posh dress and high heels just hours after delivering her and Prince Williams’ third baby in April 2018.

KEIRA KNIGHTLEY IS ALSO PREGNANT THIS IS NOT A DRILL

It’s been a big day for celebrity baby news! Like Keira, Blake Lively, 31, also debuted her surprise baby bump at an event swarming with photogs: the film premiere for husband Ryan Reynold’s new movie, Pokémon: Detective Pikachu. And like Keira again, Blake and Ryan are also expanding their family — this will be the couple’s third child.