Blake Lively has always been really private about her family life. But she’s taken things to a whole new level by hiding her third pregnancy…until now. The 31-year-old showed up at the premiere of husband Ryan Reynolds‘ new animated film Detective Pikachu rocking a massive baby bump. It was accentuated by her skin-tight canary yellow gown and when she turned to the side she appeared to be well into her second trimester. The couple already has two daughters, 4-year-old James and 2-year-old Inez.

Ryan beamed at his wife as they posed together on the yellow carpet. He put his arm around her protectively while she leaned her bump into him. Blake initially walked the carpet solo, giving photographers quite a shock when she showed up with a baby on board. The actress has kept a really low profile in recent months. Her last Instagram post was on January 11th where she modeled a black asymmetric hemmed coat dress that was big enough to hide a pregnancy. She captioned it “Going for: ‘Cinderella post stepsisters tearing up her gown because they hate her’ chic…”

Ryan has been touring the globe promoting Detective Pikachu, where he voices the Pokemon character, including stops in Tokyo and Beijing yet he never led on that he had a third child on the way. Then again, this couple is so incredibly private about their children. When their second daughter was born, her name wasn’t even revealed until nearly three months later and it came from a tabloid report that later was proven true. The first time the youngsters were ever seen out in public was at Ryan’s Hollywood Walk of Fame star ceremony on Aug. 13 of 2018 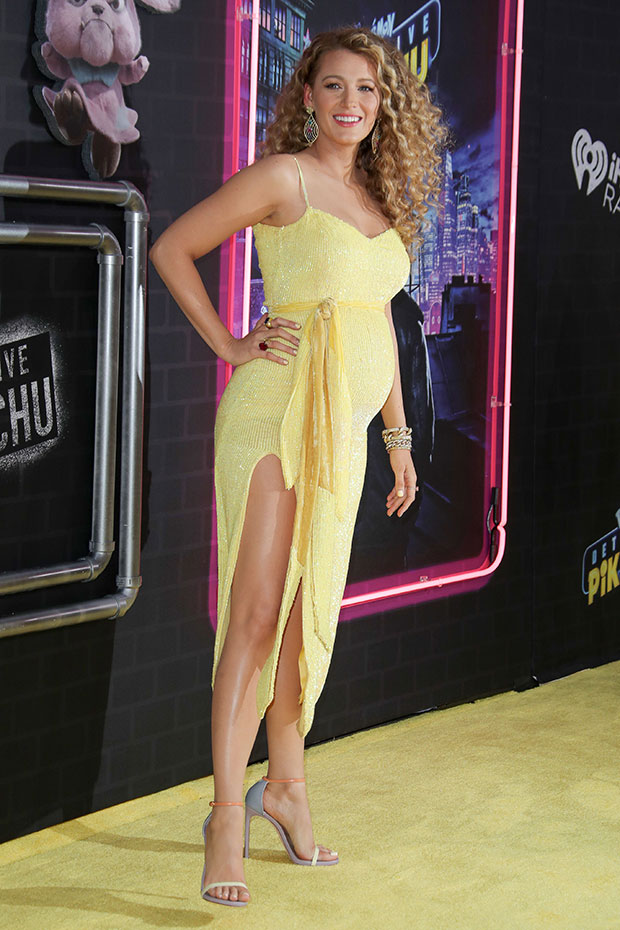 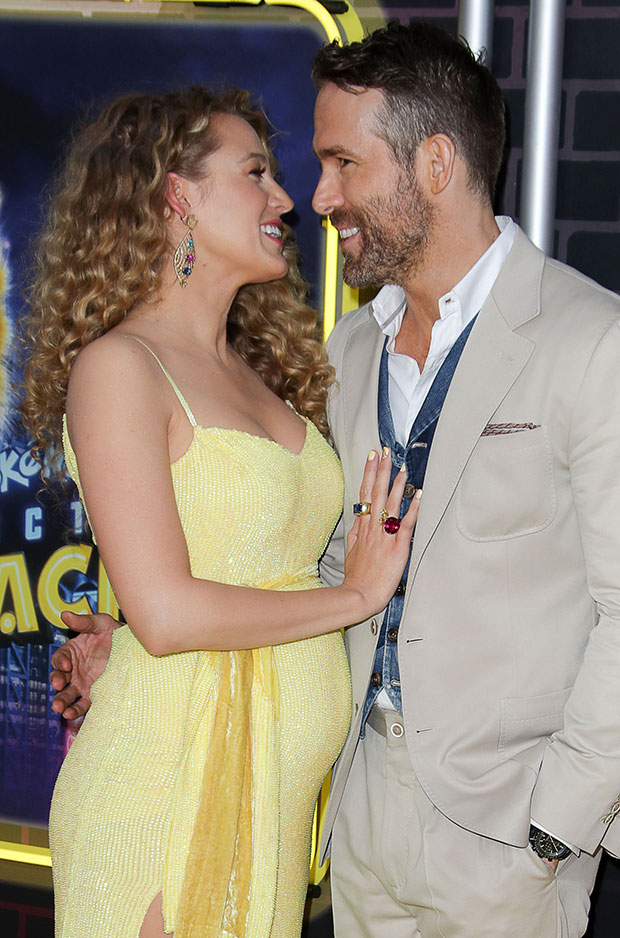 The couple also didn’t reveal James’ name until nearly three months after her Dec. of 2014 arrival. Though there had been whispers, it wasn’t until Ryan appeared on The Today Show in Feb. of 2015 that he joked “It’s Butternut Summer Squash,” of the moniker before explaining “It’s James. Everyone knows.” He said he didn’t want to make some grand announcement because “I didn’t want to be the first guy screaming it out to the media. Because as we know, little girls turn into teenage girls and little teenage girls sometimes scan through the archives and go, ‘Why did you do that?”