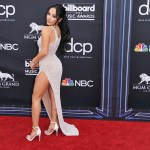 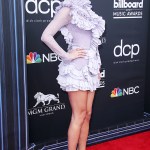 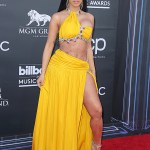 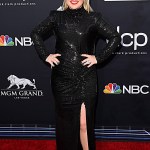 When Madonna took the stage at the BBMAs on May 1, she dressed to impress. Not only did she wear a black bodice dress with lace overlay and polka dot accents, but she also rocked an eye patch!

“Express Yourself” — Madonna, 60, answered her own call from her 1989 track. She graced the 2019 Billboard Music Awards stage in an Erdem dress with lace overlay on May 1, and the piece was the ultimate ode to expression. With its polka dot accents and an eye patch to match, Madonna proved once again why she’s not only the Queen of Pop, but the Queen of “Vogue” too — sorry, we’ll keep referencing Madonna’s discography any chance we get.

And it was while she was up on stage that Madonna delivered the television debut performance for “Medellín,” her Spanish-infused new single with Latin superstar Maluma. The act will also served as Madonna’s first debut performance for television of any new song in four years! And that’s just a sneak peek of what’s to come, since the collab is on the track list for Madonna’s 14th studio album, Madame X, which doesn’t drop until June 14.

As you can see from the outfit above, Madonna’s not stopping her roll of fierce fits — even after entering her 60s. “Madonna loves breaking down stereotypes. Hanging on to her sex appeal and proving she can still be a sex symbol in her 60s is an act of feminism for her,” a source close to Madonna EXCLUSIVELY told HollywoodLife. “People can talk all they want but she is very proud of herself and her hot body.”