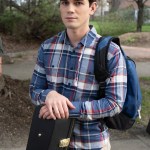 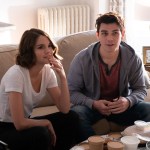 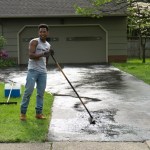 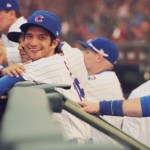 KJ Apa is taking on a different role than Archie Andrews in Netflix’s ‘The Last Summer.’ The ‘Riverdale’ star spoke with HL EXCLUSIVELY about his character in the exciting Netflix teen rom-com.

KJ Apa is playing Griffin in the new Netflix film The Last Summer, which is out May 3. The teen rom-com follows a group of teenagers who just graduated high school as they spend their final summer before college. This is the last summer before everything changes. HollywoodLife talked EXCLUSIVELY with KJ, 21, at the movie’s premiere on April 29 about how his character compares to Archie Andrews from Riverdale. “I think Griffin is a lot goofier! I think Archie is a lot more serious. I think Griffin has a lot more of a sense of humor,” KJ said. “I think Archie isn’t probably as smart-witted as Griffin, you know what I mean?”

The actor stars alongside Maia Mitchell, Jacob Latimore, Halston Sage, Sosie Bacon, Wolfgang Novogratz, Gabrielle Anwar, Ed Quinn, Jacob McCarthy, Mario Revolori, Gage Golightly, Norman Johnson, Jr., and Tyler Posey. The Last Summer is the latest Netflix teen rom-com, following in the footsteps of To All The Boys I’ve Loved Before, The Perfect Date, and more. KJ is best known for playing Archie on Riverdale, which is currently in its third season. Even though Griffin and Archie are quite different, they do seem to have a love of music!

KJ has a couple of other film projects lined up, including Altar Rock and I Still Believe. His acting future is very bright, that’s for sure. “What excites me about it?” What excites me most about it is that I don’t have any idea what it is,” KJ said about what’s ahead for him.

Riverdale has been renewed for season 4 and will wrap up its third season on May 15. The show airs Wednesdays at 8 p.m. on The CW.