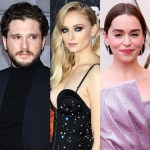 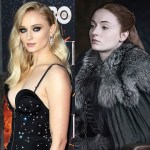 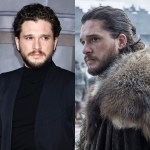 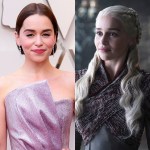 Who exactly is the leader of the White Walkers? No, this is not a debate about whether or not he’s a Targaryen. What we know for sure is that the Night King’s actor is a charming fella in real life, outside of Winterfell.

We shuddered every time HBO zoomed in on the Night King’s face during the Battle of Winterfell, which Game of Thrones aired on April 28. Understandably, his prosthetics have to match someone whose army consists of White Walkers and resurrected dead bodies. But a Voldemort-esque face, horns and piercing blue eyes are all features that the Night King’s actor doesn’t have, who is none other than stunt double Vladimír Furdík, 48.

In real life, Vladimír is a blonde and handsome animal-lover without all those blue wrinkles on his face. His Instagram page is a far cry from the cold-blooded leader of the Army of the Dead that he plays on television. Vladimír’s feed is filled with photos with friends and colleagues, behind-the-scenes photos in his makeup trailer and a lot of horses. He even plants a sweet kiss on a horse in one such photo, as you can see below — we know, we know, this is a wake-up call for us too.

My best friend from Malaysia

[SPOILERS AHEAD] As most of you probably know by now, Arya’s dagger ended Vladimír’s run as the Night King in the third episode of GOT’s final season. Great news for the Seven Kingdoms, but not so much for the Night King’s actor. Not to worry, as he has an impressive resume — Vladimír has lent his stunts to more big-budget fantasy film and TV projects like Thor: The Dark World, The Huntsman: Winter’s War, Hercules, Skyfall and The Chronicles of Narnia: Prince Caspian.