Kim Kardashian, 38, is hard at work preparing for the 2019 Met Gala, which will take place in New York on May 6. Everyone who’s anyone in Hollywood travels to the east coast for the annual ball, which is widely considered the biggest fashion event of the year. And, this time around, Kim decided to step things up a notch, by “eating all plant-based” when she is home in Calabasas, ahead of the gala. Kim took to social media over the weekend to inform fans that she’s in full on Met Gala prep.

The soon-to-be mother of four shared two plant-based meals on her Instagram stories. One snap showed a plate of diced sweet potatoes and avocado. A second photo displayed a colorful smoothie bowl, which featured blueberries, mangos and more naturally sweet treats. Kim later showed off her toned physique in a mirror selfie that she snapped in between workouts. The Keeping Up With The Kardashians star was dressed in an all black gym outfit by her sister, Khloe‘s athleisure brand, Good American.

For last year’s Met, Kim admitted that she underwent an intense 10-day cleanse to prepare for the event. “I’m SO excited to do this, you guys, but I definitely need to mentally prepare, lol,” she wrote on her app, ahead of the big night. “I have the Met Gala coming up and I’ve worked so hard working out, but I started eating a lot of sweets and I wanted to just change my food patterns to eat healthier and cut sugar out of my life as much as I can.” 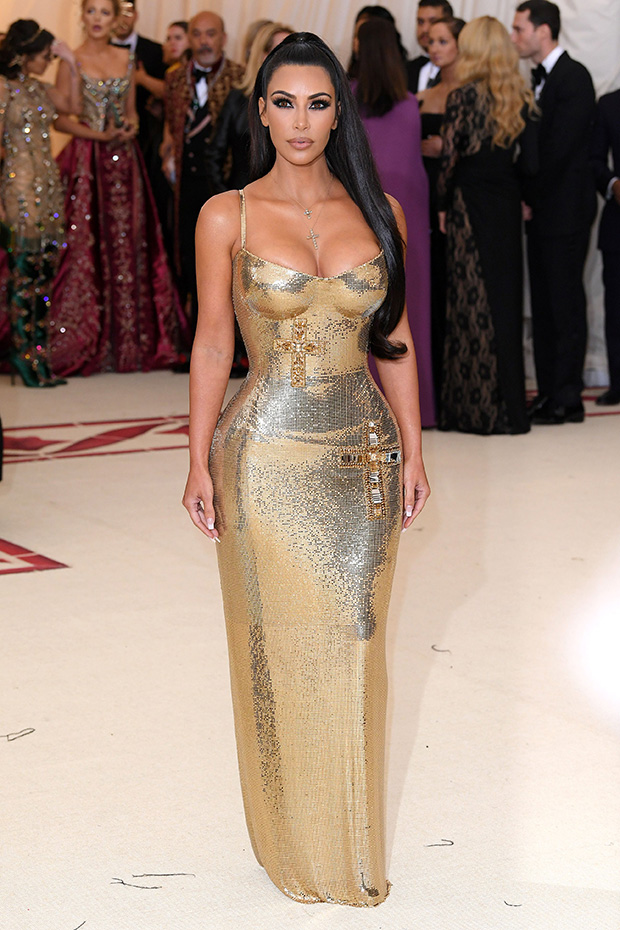 “We always have sweets around and it’s really hard when there are temptations everywhere,” Kim explained. “I already completed day one and two of the cleanse, and I’ve been surrounded by doughnuts, but I stayed away. I’m so proud of myself!”

Kim’s new Met Gala diet reveal came on the same weekend she celebrated the impending arrival of her fourth child, a boy, with Kanye West. The KKW Beauty CEO hosted a CBD and meditation-themed baby shower at her home on Saturday, April 27. CBD is a cannabis derivative that is described as a treatment for anxiety and other ailments, without the power of getting the user high. At the shower, guests including Chrissy Teigen, Larsa Pippen and Paris Hilton, lounged on mats outside, made CBD-enfused body oils and bath salts, as well as flower arrangements. Kim and Kanye are already parents to daughters, North, 5, and Chicago, 1, and son, Saint West, 3. They will welcome baby No. 4 via surrogate.