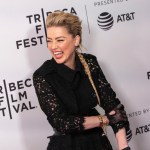 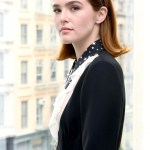 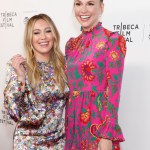 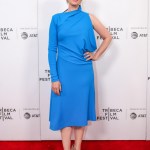 Up-and-coming 28-year-old writer, creator, and actor Julia Lindon has made a splash with her debut pilot Lady Liberty at the 2019 Tribeca Film Festival. Julia’s 26-minute pilot chronicles the life of Shea Miller, an aspiring stand-up comedian who works as a celebrity assistant and is navigating her queer identity in New York City. The show was inspired by elements in Julia’s own life – she spent years finding her creative voice after working as an NBC Page and as 43-year-old actor Jason Sudeikis’ personal assistant, as well as discovering her sexuality along the way, as well.

HollywoodLife spoke with Julia and director and producer Taylor Lee Nagel EXCLUSIVELY leading up to their April 29 Tribeca debut as part of the “Pilot Season” program. Julia described that the project came to life three years ago. “I wanted to take what was really happening in [my] life and try to put it through a comedic lens, even though coming out and figuring out sexuality, to me, there was nothing funny about it in the beginning. It was all just kind of tough to sort through,” Julia said. Along the way, working on Lady Liberty served as a catharsis for the creator, allowing her to work through it, she said. Julia and Taylor connected through mutual friends, with Julia’s background in comedy, sketch, and improv, while Taylor came from a documentary background. Julia said that the script, direction, and edit of the pilot was a reflection of their respective backgrounds coming together.

It was important for Julia to portray the story at the beginning point of Shea realizing her sexuality and vocalizing that. Viewers see Shea coming out and experiencing different reactions from different people in her life – some she barely knows. “Their reactions will be different, but ultimately, Shea’s probably the one who thinks it’s the biggest deal compared to everyone else.” Julia continued, “It was kind of a story that I always wanted to see of someone who is just at the start of figuring out a big question about their sexuality, and not from someone who is far down the road and very comfortable with things yet. [Shea’s] very uncomfortable and doesn’t really know how to embrace herself. I wanted there to be a show like that to watch when I was at that point.” 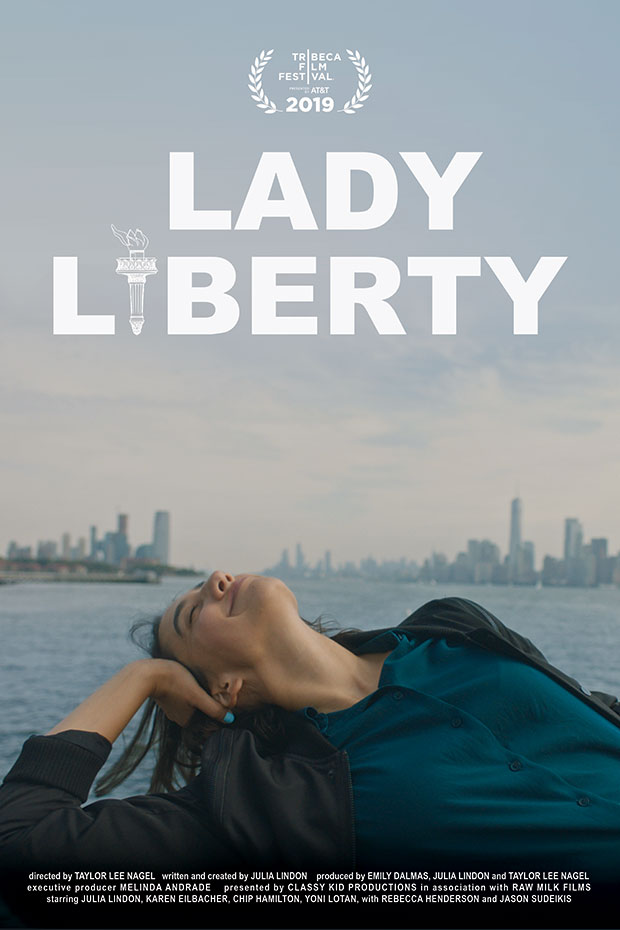 Taylor agreed that this moment in someone’s life, in which they’re at the very beginning of recognizing their sexuality, was important to add to the mix of stories told on screen. “It’s dealing with identity in a way that is lighthearted and funny, but also very real and very emotional,” Taylor said. “I think it’s also dealing with friendship as well. I think through Shea’s story we’re seeing a young woman trying to find people and a community and a space where she feels like herself and accepted.”

Shea’s journey through finding acceptance in queer spaces isn’t the only journey the young character takes – she also tackles finding her own path while working for A-List stand-up comedian, Tommy Danes, portrayed by Julia’s former comedian boss. Julia said that that part of Lady Liberty also took inspiration from her life, too. “I was hungry to find my voice and make my imprint in the comedy scene, and was able to do that slowly while under the guidance and mentorship of a larger person in the industry,” Julia said about her time as Jason’s personal assistant. “All the complicated things that come with that, where you’re getting a lot of great exposure, but there’s a lot of hopes and dreams put into every moment that you’re hoping that one day you can be the other side of that.”

While that’s certainly a complicated position, Julia still wanted Jason to be part of her project. “It was always something I thought would be amazing if it happened,” she said. Even though Tommy and Shea’s working relationship was based off Jason and Julia’s, she said that Jason added elements to make Tommy different, like by making him a stand-up comedian, instead of a comedian who came from improv and sketch. “Having him in it was such a treat,” Julia continued. “I was heading out of the assistant position going off to make this pilot, and asked if he was interested in supporting it and playing that role. He was happy to be a part of it and he was so great and supportive and it was really fun acting with him.”

As for how Shea’s career as an aspiring stand-up comedian will form – well, that will be filled with discovery, too. “There’s such an emphasis here on Shea wanting to be this really polished stand-up comedian,” Julia said. “There’s an opening up of the world, that stand-up isn’t the only type of comedy, and it’s not the only way for her to kind of experiment and grow her voice. So I think we’ll see her trying out all different forms of comedy and kind of that whole indie-comedy scene of New York City. And on that quest, ultimately getting to the place where she’s putting out her authentic voice, which includes embracing her true self and her sexuality, [and] not hiding that from her comedy, but letting it inform it.”

While Julia enjoyed working with her former boss in a creative capacity together for her project, there were challenges, too. Julia had to figure out “how much is too much” to put into the story from her real life. She had to differentiate among details from her own experience she deemed “actually interesting,” to ones that would be only important for her, and ones that served the Lady Liberty story on a broader level. “Having Taylor as that person to kind of mine through all of that with was really a great experience,” Julia said.

And Taylor found that to be one of the most rewarding aspects of building the pilot. “The most fun part about this was how much Julia was willing to base this on her own life and her own experience,” Taylor said. “I mean it is no easy thing to play a younger version of yourself without editing out that naivety that I’m sure we’d all rather forget about us a few years ago. It was much more raw and emotional as a result of that.” She continued, “We spent so much time developing the script together that I felt like I really had the backstory for a lot of the things that were happening in the film. There was even one point where Julia took me on a walking tour of the West Village where a lot of these things happened.”

Lady Liberty debuted at Tribeca Film Festival on April 29, and has a second screening on May 4 at 8 p.m. You can follow @LadyLibertyTV on Instagram for show updates.