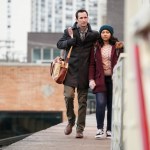 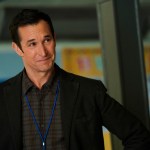 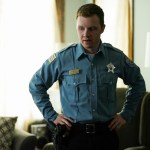 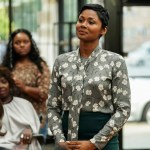 The highly-anticipated ‘The Red Line’ premieres April 28 on CBS. HL spoke EXCLUSIVELY with Aliyah Royale about her pivotal role, Jira’s journey, and more.

The Red Line is an 8-episode limited series that follows three very different Chicago families as they journey toward hope and healing after a tragedy causes them all to consider how race and racial biases affect their lives. Aliyah Royale plays Jira Calder-Brennan, a teenage daughter grieving the loss of her father, an African American doctor who was shot, while unarmed, by a white cop. Jira and her other father, Daniel, try to figure out how to move forward after the devastating death. Jira sets out on a journey to find her birth mother.

HollywoodLife talked EXCLUSIVELY with Aliyah Royale about her role on the show. She revealed that The Red Line was “the first pilot audition I got of 2018, which is weird that the first one I get is the one that I’m like, ‘This one. Nothing else.’ Basically, I really fell in love with the story and the fact that there are socio-political elements to The Red Line. When you are really focused on the three families that it’s based on, it’s about so much more than just those specific elements and you really get involved and feel for the characters in a way that you may not have felt something before. Immediately upon reading, I was in tears, so deep in my feelings, and I felt like I had a genuine connection to Jira, especially as a young person of color in America. To play a female character, especially a young female character with so much strength, it’s like once in a lifetime.”

Jira is headstrong and has her future mapped out, even though she’s just a teenager. “Jira pretty much knows who she is outside of race, of course,” Aliyah continued. “She knows she wants to be a doctor like one of her dads. She knows that she’s very smart and very eloquent and she’s confident in that. It’s with her identity of who she is as a person of color that now comes into question. It felt really good to play a character who was female but was so confident in her other abilities that when it came to figuring out who she was as a person of color, for her it was like, ‘Here is the problem. I’m going to go find a solution.’ She doesn’t sit in the grief for too long. She becomes very proactive. She’s looking for her birth mother in hopes that there is someone with the authority to explain it, who can make everything make sense to her. We’re hoping that she comes to the conclusion that there is room for Daniel, there is room for her birth mother, and then there is room for all sorts of family and friends and people we meet along the way.”

Jira and Daniel’s father-daughter relationship is extremely intense as they try to navigate their new normal. Aliyah said that forming a bond with onscreen dad Noah Wyle was effortless. “It really developed pretty naturally,” Aliyah revealed. “The second I met Noah, he was really funny. He turned to me and was like, ‘I just want you to know, we’re going to get deep, okay? We’re going to get knee deep.’ I was like, ‘Are we? Is that what is going to happen?’ From day one on set, it was intense and it was a lot of emotional vulnerability that we both had to put on the table. Not just something that we knew would be seen by hopefully millions of people later, but the 200 plus people that were on set at the time. To have to go to those really tough and dark places in front of people and seeing Noah do it effortlessly, and I mean effortlessly, I was in awe of it. I know he’s a veteran in everything, but I wasn’t as familiar with ER as someone else might have been. To see the way he effortlessly slid into Daniel’s emotions, it really gave me a lot to work off of and it really taught me that, specifically with Jira, I would have to be my most honest and vulnerable self in ways I have never had to be in my career before.”