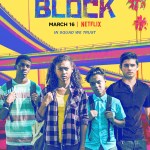 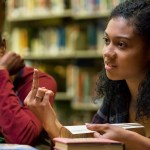 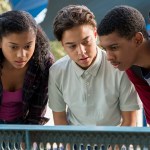 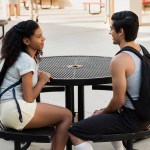 ‘On My Block’ star Julio Macias, who plays Oscar/Spooky, opens up about Oscar and Cesar’s complicated dynamic, his thoughts on that season 2 finale cliffhanger, and more in our EXCLUSIVE interview.

On My Block’s highly-anticipated second season began streaming in March 2019 and this season peeled back the layers on Oscar and Cesar’s brotherly tough love. The tension between them reached an all-time high at the beginning of the season when Oscar, the head of the Santos gang, continued to turn Cesar away. Oscar remains one of the most intriguing characters on the show with his quiet but terrifying presence. At the end of the season, Oscar and Cesar teamed up to take down The Prophets gang. HollywoodLife spoke EXCLUSIVELY with Julio Macias about Oscar and Cesar’s evolution in season 2.

“I had a general idea that there was going to be a turn at the end, however, throughout the process of doing it you can’t cheat yourself before you know the information, I suppose,” Julio said. “It was heart-wrenching every single time that I had to turn away from my brother even though in my own mentality, I’m doing it to toughen him up. Even the last moment that we see them together before the rewind and they show us everything that’s going to happen, he straightens him up. He’s like, ‘Hey, I know that I’m putting you out in the world but at least I’m going to put you out there with the tools that I think that you need to survive.'”

At the very end of the season, the core four — Cesar, Monse, Ruby, and Jamal — get kidnapped. HollywoodLife asked Julio whether or not he thinks Oscar would go to great lengths to get his brother back. “Absolutely he would,” Julio said. “What makes Oscar so dangerous is: what wouldn’t he do for his family? He already paid the price so there’s no sacrifice that couldn’t be made for the safety and well being of his younger brother. He and Danny Ramirez, the guy who plays Ruby’s older brother, we hang out all the time and we’re talking about this. He’s like, ‘Wouldn’t be great if like you, me, and Jasmine, we all roll up and go to try to save them and find them?’ I think that we all would in one way or another do anything for those four characters.”

Julio told HollywoodLife that the writers are “incredibly open” to talk to the cast about “larger issues.” He added: “I trust them implicitly, and I also very much appreciate that even though they don’t ask me what they think Spooky should do, they have these conversations with us that really expand our characters.” Now here’s hoping for season 3!