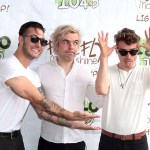 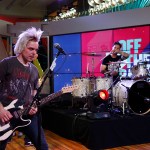 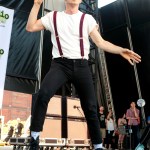 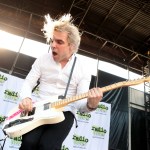 Alt rockers New Politics are back at it. The trio have released a brand new single, ‘Comeback Kid,’ & it will have you pressing the repeat button.

The New Politics boys are back! The trio that brought us “Everywhere I Go” and “Tonight You’re Perfect,” are back with a new infectious track — “Comeback Kid.” But, don’t all it a comeback, because the talented crew have been steadily releasing albums since their debut self-titled record in 2010. The group consisting of David Boyd, Søren Hansen as well as New York native Louis Vecchio, are here to stay.

“Writing ‘Comeback Kid’ couldn’t have come at a more perfect time for us,” vocalist David Boyd says. “I feel the message of the song might not be anything new, it’s something we’ve all heard before. But it’s a reminder and a truth everyone needs in their life. If you’re playing a game, if you’re in a relationship or hustling at work, life is a roller coaster of wins and losses, but you must maintain the will and the courage to bounce back.”

In addition to the track, the band just announced a slew of new your dates! The set of shows will mark their ten year anniversary celebration, and will be held at super intimate venues. Fans better scoop up tickets fast! Listen to the brand new track below, and see which cities they’ll be hitting on the road.