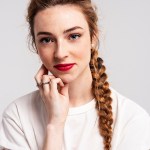 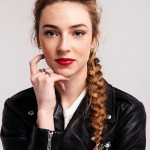 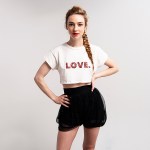 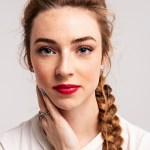 ‘Chambers’ is now streaming on Netflix and HL spoke EXCLUSIVELY with Sarah Mezzanotte about the new series and how it’s so much more than just its horror elements.

Chambers follows a young heart attack survivor named Sasha who becomes consumed by the mystery surrounding the heart that saved her life. However, the closer she gets to uncovering the truth about her donor’s sudden death, the more she starts taking on the characteristics of the deceased. Sarah Mezzanotte plays Marnie, the best friend of Becky, whose heart was used to save Sasha’s life. “After Becky passes away and Sasha comes into the picture and begins to settle into life at Crystal Valley, my character takes her under her wing and tries to help her to navigate this very new territory,” Sarah told HollywoodLife. Sasha receives a scholarship in Becky’s name, and as the season goes on, the mysteries surrounding Becky continue to unravel. Sarah discussed how much she thinks Marnie knew about Becky and her secrets.

“It’s actually something that, as the series progresses, that’s a question that is asked because she’s close to people who know a lot and I believe those people know more than even Marnie knows,” Sarah said. “A lot, as a character, is projected onto her, as though she is in on all of these secrets and I think she knows more than most of the other kids at Crystal Valley, but she doesn’t know as much as say, her parents know. And I think she’s often used as a pawn when people think that she’s the driving force.”

When Sasha arrives on the scene, a complex dynamic forms between Sasha and Marnie. Sarah and Sivan Alyra Rose were aware that Marnie and Sasha’s relationship was going to be vastly different from most female friendships, just because of how Sasha, Becky, and Marnie are all connected. “I knew that had to be a complicated dynamic from the get-go,” Sarah continued. “And the first time I met her [Sivan], we had fencing lessons because in episode two we have a whole fencing sequence. That was very difficult. I was sore in muscles I did not know I had. But I got to meet her before filming began, before table reads, before anything. We had a conversation about this exact thing actually, and at that point, I wasn’t sure if Marnie knew that she had Becky’s heart, because most of the kids just know that this is the girl who got Becky’s scholarship, and I didn’t know if I was in on that secret yet. But what I said was, ‘I think with certain friends in my life, when I meet them, it’s like love at first sight just as much as a romantic partner. You meet them and you feel like you’ve known them before and you know that it’s going to be a different sort of friendship.’ So, I believe that Marnie had that with Becky. That they were attached at the hip almost immediately after meeting one another and they had an otherworldly friendship. It was such a deep connection, so even if Marnie and Sasha in real life wouldn’t have bonded, the fact that she has Becky’s heart… I do believe that when they see each other, Marnie’s like, ‘There’s something about this girl that feels familiar.’ It does get complicated because when Marnie feels is she aware that she’s feeling Becky’s heart? Or does she just sense that this person is different? And I think that that’s a question that is unanswered. It’s kind of up to the audience, I’ve answered it for myself, but I think I leave that up to the audience.”

There is a major supernatural element to the show, but one of the most fascinating aspects of Chambers is that it makes you question your mortality. “That’s what drew me in,” Sarah said.  “Everyone’s like, ‘Horror this and horror that.’ That’s probably the thing you notice first about it. But what is scariest is that people can be taken away from you. And that is the most real and least supernatural thing about the whole series.” She also noted: “Because I was so constantly in the mindset of Marnie, I was very much looking at it from her point of view. And the way that a teenager, when someone dies that’s close to them, that feels completely impossible. It feels unfathomable until it happens to you. And I think it does make you think about, ‘Oh my God, I think I’m this untouchable teenager, but if my best friend can die just like that, in the shower, just doing a mundane, everyday activity, then we could all just be gone like that.’ And I do think it made me wonder, in my own life, how I would have dealt with a loss like that, especially at such a pivotal age. I think it does change the person that you become after that.”