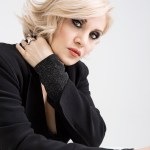 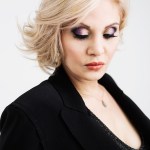 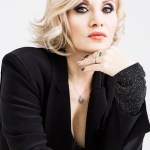 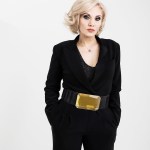 In ‘Pretty Woman,’ Kit plays a minor yet important role. In the Broadway adaptation, Orfeh as Kit plays a big role with a big voice!

“I didn’t think Laura San Giacomo was in the film enough. I think everyone felt that way,” Orfeh says of the role of Kit in the original, ’90s classic Pretty Woman. “I wanted to stay true to what Laura San Giacomo had done, and then just put my Orfeh stamp on it.” The Tony-nominated actress brings Kit to life, with a backstory and a dream, on the Broadway stage in Pretty Woman: The Musical! With her powerhouse vocals and acting chops, Orfeh is the perfect sidekick, shopping buddy and comedic relief in the heartwarming, Garry Marshall classic.

HollywoodLife: You have been in so many ‘Movie Musicals!’ Footloose, Saturday Night Fever, Legally Blonde, and now, Pretty Woman! What’s the attraction?

Orfeh: So does Andy [Karl]! I think that we found an itch, and people automatically go to us for those types of roles.The ones I’ve done, I think I feel really good about. Legally Blonde wound up being the most iconic thing I’ve been a part of thus far, and it’s so strange that it happened so far after the fact. When we were in it, and we were shooting for MTV, we didn’t realize it was going to become this zeitgeist phenomenon. I get recognized more for that anywhere I go. When I come out of the stage door, that’s the first thing — as much as they love the show and as much as they love Kit, it’s always, “Paulette changed my life, you’re the reason I’m in musical theater.”

HL: So, you’re used to dealing with super fans, and people who know the movie word by word — you didn’t mess with the Pretty Woman script much, either.

Orfeh: We sure didn’t mess with it. There were some early readings where they didn’t want to put a lot of the lines in, and I particularly fought for “Cinder-fuckin’-rella.” I fought for that, because they were worried about that. You’re going get so much flak for that not being in there. As it stands, there are things that I don’t say as Kit that people go, “Oh my gosh, you don’t say ‘Rege Bev Wilsh’.” I’m like, “But I say the money line, don’t worry about it.” You have to have that fine balance between, what do we take from the screen? How could you do Pretty Woman on stage without the red opera dress? And with the smashing of the box? You know what I’m saying? There are just certain things you have to keep part of the whole experience, and then add a whole bunch of zuzh!

HL: Why do you think that Bryan Adams was the perfect choice to create the soundtrack of Pretty Woman?

Orfeh: I think it was Jerry Mitchell that really did that. Jim Vallance and Bryan went to Jerry’s hotel in London, played him a couple of demos. He threw them out — he said “Get out. Everybody out,” and called Paula Wagner immediately and said, “They’re the guys. You have to get them. Get them immediately.” So Jerry clearly just knew. I think one of the songs that that Bryan and Jim played for him was “Rodeo Drive.” I think instantly, as Jerry tells it, “I heard the song, I knew who was gonna sing it. I knew what was gonna happen.” Sometimes that instant, symbiotic moment happens and you get lucky.

HL: When they asked you to join the show, what was your immediate response?

Orfeh:  “Oh God, Jerry, not another musical.” Let’s just say he wouldn’t take no for an answer! I’ve been with it a long time. I’ve been with it since the first half-table reading with Garry Marshall still with us.

HL: Wow! Did you get to discuss with Garry how you wanted to bring Kit to the stage?

Orfeh:  He really said, “Just go. I don’t have to say anything to you.” He would tell Jerry, “Give her more, give her more.” We had a great relationship. He was wonderful. If you didn’t love Garry, it was like not loving a puppy. There’s something wrong with you.

Orfeh: Well, I wanted more to do. I didn’t think Laura San Giacomo was in the film enough and I think everyone felt that way. She had this glorious part, but you were always left wanting more, which is a great thing for an actor. They always say, always leave them wanting more!

I think that I got very lucky that the creative team agreed and said, “We need to give her more. We need to give her a backstory, we need to know a little bit more about Kit.” I wanted to stay true to what Laura San Giacomo had done, and then just put my Orfeh stamp on it. I think at some point in your career, if you’re successful in a certain avenue, the audience expects certain things and tricks from you, and  I think I’ve fulfilled that responsibility, as far as who I am and what I do. I don’t know that people are really interested in coming to see me do a quiet little, lilting ballad!

HL: Definitely not! Do you have to do much to get into character?

Orfeh: Spoiler alert! Jerry wanted the wig to look like my hair, so that’s why everyone at the stage door is like, “Wow, you got all those braids out of your hair so quickly.” I’m like, “It’s a wig. It’s a wig!”

HL: How much has the show changed from its original production in Chicago?

Orfeh: Andy [Karl] was added, that was a major difference. We did a lot more work on the production numbers themselves, like “Rodeo Drive” has a lot more bodies in it, there’s a lot more choreography going on. With Andy coming in, Jerry was able to do some really fun things, like the scene where he jumps on the bench! People go crazy. Also, the Nederlander is a much smaller house — it’s much more intimate than the Oriental in Chicago. A lot of things that you might not have been able to see as intimately, you can here.

HL: Did you always see Andy as Edward?

Orfeh: Jerry Mitchell and I talked about it repeatedly back in the day, but Andy wasn’t available. He was in Groundhog Day, and he had just shot a pilot that was supposed to go straight to series. In a series of very strange events and bizarre timing, the original Edward had to leave, Andy’s show closed way before it was supposed to, the pilot, at literally the 11th hour, didn’t go to series, and Jerry called Andy at that moment. 20 minutes after. 20 minutes after Andy’s pilot didn’t get picked up, Jerry Mitchell called him!

So, you don’t have to believe in anything to not think that was a moment where the universe was putting a fog horn in your ear and going, “You need to do this.” And Jerry and Andy are such close friends. We’re all such close friends. It was pretty much a no-brainer!

HL: Did you give Samantha [Barks] any advice when it came to having on-stage chemistry with Andy?