Holy lips, Khloe. The always stunning member of the Kardashian clan debuted a new Instagram selfie on April 25, but fans couldn’t help but hone in on one particular detail. Koko’s smackers looked super-sized in the photo, leading fans to believe she had just gotten a new set of lip injections. The duck face selfie showed Khloe sitting in her car and rocking her platinum blonde locks that appear to get lighter every day. But — most fans only took notice of Koko’s lips. “These lips Khloe are getting out of control. Please stop.” one fan pleaded. CLICK HERE TO SEE KHLOE’S NEW IG SELFIE.

The comments kept rolling in from there. “Khloe, stop doing work to your face. You were fine the way you were,” one fan wrote below the post. “Ouuu no😢…your lips😟” another said. “Koko stop wit the face stuff! U r gorgeous without all that crap!!!😘😘😘😘❤️” yet another posted. However, one person was sure to point out that the reality star’s eyebrows were on point. “Good vibes and gooooood BROWS 🙌🏻♥️♥️♥️♥️” one sweet comment read.

There’s been no shortage of new photos from the stunner this week, who turned heads in a glamorous slip dress on Sunday, April 21. The mother of one stopped by Kanye West’s Sunday service performance at Coachella 2019, and got all dolled up for the Easter day event. With her sisters in tow, the reality star stunned in a silk number. She opted for a slinky $795 champagne Orseund Iris Ruched Satin Dress which had drawstrings on both sides allowing her to adjust the length of the dress. Khloe did just that when she pulled up one side, making the midi dress asymmetrical and much shorter on one side. She paired her dress with a pair of unlaced tan Timberland boots. Classy yet casual! 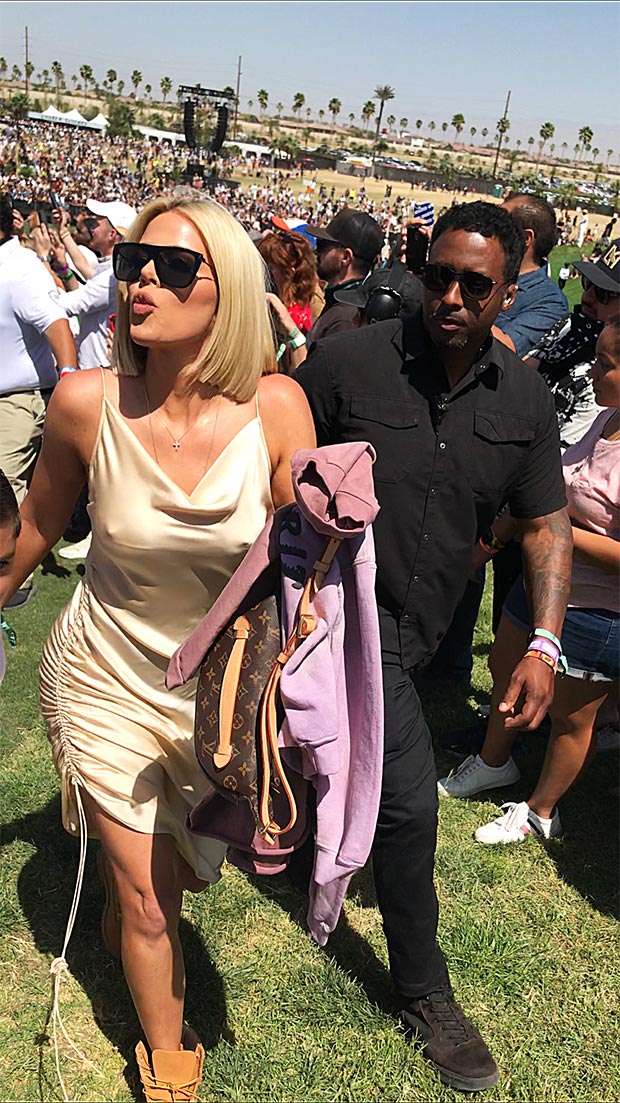 While Khloe has never outright admitted to receiving lip fillers, she has shared tutorials on how to get her plump lips in the past. Apparently, her secret is a solid lip plumper! She has also spoke out in the past about how pregnancy enhanced her pout. “A lot of wild sh-t happens to your body and face while pregnant. It’s out of our control,” she wrote on Instagram while she was carrying baby True. “Most people don’t have to film during an entire pregnancy so just watch the show and be kind about my growing body and lips. Pregnant women should be off limits.”