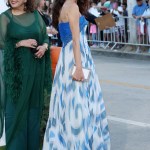 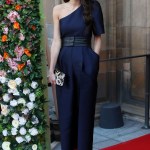 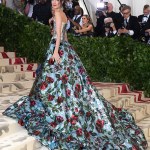 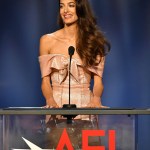 Amal Clooney defied rumors that she’s pregnant by stepping out in a tight, white dress, proving that there’s no baby bump in sight.

No baby bump here, folks. While one report claims that Amal Clooney is pregnant with her third child, the human rights lawyer stepped out at the same time as its publication wearing a curve-hugging, dress that showed off her flat stomach and perfect figure. Amal, 41, was a vision of beauty when she was spotted heading out of a hotel in Manhattan on April 24, wearing an all-white ensemble from Zac Posen. The lawyer in her was very visible with this chic and sophisticated sheath dress, paired with a matching cropped blazer.

Amal accessorized with classy nude pumps and a nude handbag. Red lipstick and oversized sunglasses gave the understated look a cool edge. Amal is now known as a style icon, and it’s pretty clear why. She nails every look that she wears! She’s not afraid to dress in white, which is hard for anyone to pull off. She actually wore a white, floor-length gown for a charity event at Buckingham Palace in March. Amal was radiant in the draped, empire-waist gown that featured a caplet and a jewel-encrusted sleeve for the event hosted by pal Meghan Markle‘s father-in-law, Prince Charles. Having George Clooney as arm candy was the perfect accessory.

She also stole the show at a recent UN dinner, where she shined in a — you guessed it — white, and blue gown. The dress was Grecian draped and featured beautiful layers of sheer fabric. A swipe of red lipstick was the perfect complement to the fancy look.

We have a feeling that if Amal were to be pregnant again, she and George would spill the details. The two are the thrilled parents to one-year-old twins, Alexander and Ella Clooney.