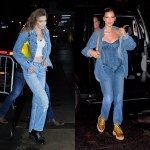 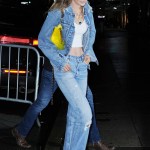 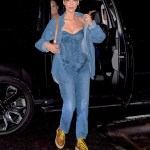 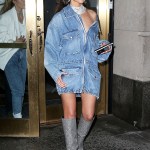 There’s one word to describe the dress code for Gigi Hadid’s 24th birthday party: denim! The stars attending this bash – from Ashley Graham to Hailee Steinfeld to Olivia Culpo – all dressed in the bluest of blue jeans!

On Mondays, we wear denim – especially if it’s Gigi Hadid’s birthday party! Though she official turned 24 on April 23, she kicked the party off one night earlier at L’Avenue at Saks in New York City. The theme of the night was clearly denim, as practically every guest who showed up the affair was dressed in, as they call it, “Canadian tuxedos.” Gigi’s younger sister, Bella Hadid, 22, somehow found a denim bustier, which she paired with a pair of Dickies Girl blue jeans and a denim shirt. Gigi threw a little variety into her outfit, wearing torn jeans, a worn denim jacket and a white crop top that showed off her insanely flat stomach. She completed the outfit with a Jacob & Co. LOVE Necklace, a Pear Shaped Center Diamond Ring with yellow diamond pave and Diamond Band Rings set in 18K gold (and an ALINA ABEGG Alien Pinky Ring with purple amethyst pear shaped eyes set in silver.)

Olivia Culpo, 26, accessorized her denim with some bling, as she wore some thick, sparkly necklaces around her neck. She also rocked a pair of glittery knee-high go-go boots, which accentuated her already long legs. Hailee Steinfeld, 22, went the other route by choosing darkness over sparkle. Her denim was paired with black knit fabric that wrapped around the shoulders of her jacket and the trim around her skirt. Ashley Graham, 31, and her husband Justin Ervin were also on point, as she rocked a denim dress while he wore a pair of white jeans. Anwar Hadid, 19, also wore off-color denim, choosing to wear grey. Sister Alana Hadid, 33, rocked black jeans and a stunning pair of red and white cowboy boots.

Even the parents got involved! Yolanda Hadid, 55, arrived at the party in head-to-toe navy blue denim, as she wore a three-piece suit made out of the fabric. The vest, the blazer, and the jeans all matched – and she looked incredible! Yolanda’s ex, Mohamed Hadid, 70, decided to mix in some leather. Gigi and Bella’s father rocked a brown leather jacket while wearing some blue denim that looked like they came from the 1970s. 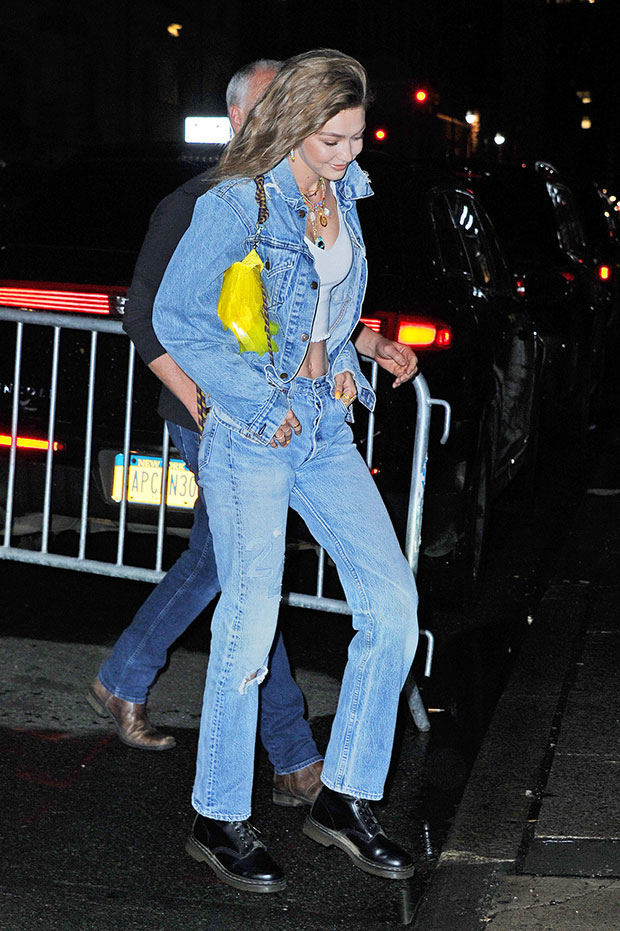 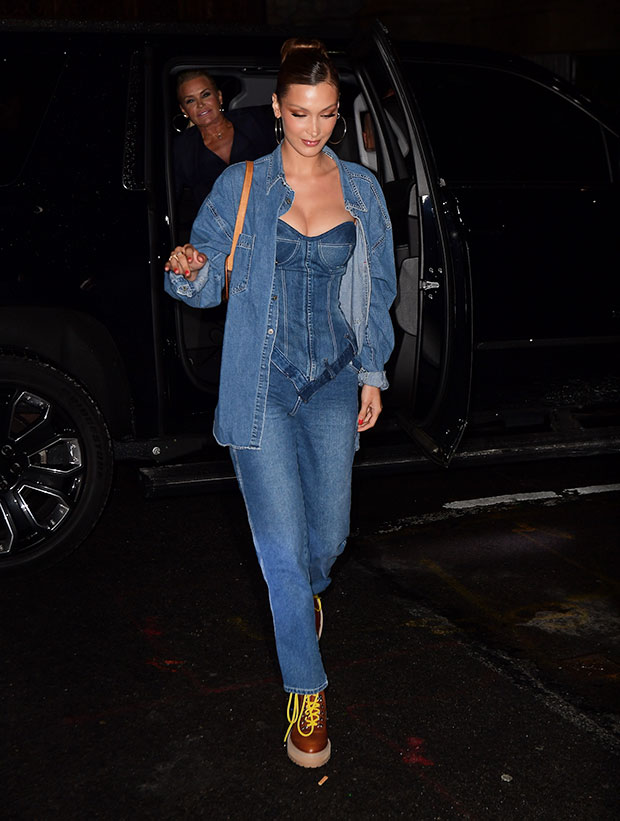 The only one bucking the trend of the night was Taylor Swift. The 29-year-old singer arrived wearing a red houndstooth blazer (from Mango) that covered what Elle said is a Zimmermann floral dress. On the one hand, it’s awkward that Taylor is that friend at a party, the one who chooses to holdout and not wear pink on Wednesdays. On the other hand, the look matches the pastel dreamscape that has taken over her Instagram, and with Taylor expected to release something on April 26 (presumably new music), it seems that even when attending her friend’s birthday party, she needs to stick to her brand. Here’s hoping she brought a present in that Anya Hindmarch cat handbag to make up for this fashion faux pas (or a denim jacket so she could change when she was away from the paparazzi’s eyes.)