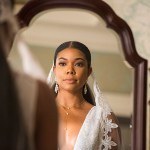 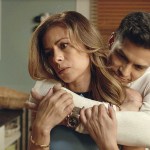 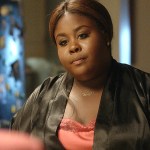 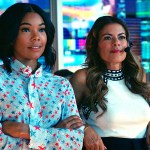 ‘Being Mary Jane’ came to a close with a dramatic and satisfying two-hour movie. MJ got married in the finale’s last moments, but was it to Justin or someone else?

After 4 incredible seasons, Being Mary Jane ended with a series finale movie that answered the question: can Mary Jane have it all? Gabrielle Union returned to wrap up MJ’s story nearly two years after season 4 ended. The finale movie picked up where MJ and Justin left off in season 4. The final installment of Being Mary Jane featured so many epic moments.

1. MJ has a baby! Yes, her dream comes true! Mary Jane gets pregnant from the embryos she had implanted. However, it’s not an easy pregnancy. While live on the air, MJ collapses and is forced to deliver her baby early via c-section. She gives birth to a baby boy she names Albert James Patterson.

2. Mary Jane and Justin break up. Despite MJ’s baby joy, the pregnancy didn’t initially have the best impact on her relationship with Justin. Justin could not get over the fact that he would be raising another man’s child, even if it was just a sperm donor. MJ and Justin break off their engagement and MJ forges ahead with the pregnancy on her own.

3. A new man enters Mary Jane’s life. In the middle of Mary Jane’s pregnancy, she crosses paths with her old college flame, Beau. He’s there for her when she needs him the most. He quickly falls in love with MJ and proposes to her just as she reunites with Justin.

4. Kara gets cancer. She finds out the devastating news and decides to get a double mastectomy. MJ is by her side through it all. Orlando also comes back from South America once he finds out the news. He proposes to Kara and she happily accepts.

5. Mary Jane and Justin reunite and get married. While Kara is out on sick leave, Justin steps in to help. Justin and MJ reconnect and end up having sex in his barn. When they return to MJ’s place, Justin bonds with baby Albie. Beau shows up and proposes to MJ, but she ultimately refuses. The finale flashes forward to Mary Jane’s wedding day where she marries Justin!