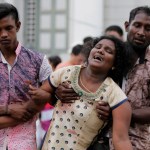 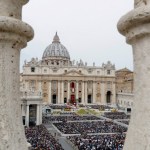 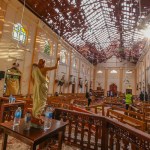 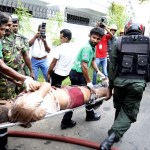 To lose one young child is unthinkable, but three? Such an incomprehensible tragedy hit Anders Holch Povlsen, Denmark’s richest billionaire, during the Sri Lanka terror attacks. Here’s what we know so far.

At least 290 people were killed in the wave of bombings across Sri Lanka on April 21, and nearly 40 of those killed were visitors from other countries. Tragically, the family of Anders Holch Povlsen, 46, the CEO and owner of international retail chain Bestseller, was among those caught in the carnage. “We can confirm that Anders lost three children in the attack,” Jesper Stubkier, Bestseller’s communication manager, told CNN. The spokesperson declined to comment further, citing the need “to respect the privacy of the family.” As the authorities continue to pursue those behind these reprehensible attacks, here’s what you need to know about Anders.

1. He is the father of four children. Anders, his wife, Anne, 40, and their family were on vacation in Sri Lanka when the attacks took place. It’s unclear which of Anders’s young children (whose names are reportedly Agnes Povlsen, Alma Povlsen, Astrid Povlsen and son, Alfred Povlsen) were killed in the attack. The names and ages of the victims were not made available at first, as the family is known to keep a low profile.

2. His family was staying at a five-star hotel when the attacks happened. Anders, who Forbes describes as “Denmark’s Richest Billionaire,” and his family was on vacation in Sri Lanka on Easter Sunday. They were staying at the Shangri La Hotel in the city of Colombo, which was among the targets in the widespread terror attacks. On April 18, Forbes reports an Instagram account that supposedly belongs to Anders’s oldest daughter posted a picture of her three younger siblings, “shoulder to shoulder,” overlooking Sri Lankan waters. “3x small vacation bosses,” the caption read.

3. He’s big in the fashion retail business. His $7.9 billion fortune is primarily due to his near $4 billion (sales) retailer, Bestseller. His parents founded the business in 1975 when they opened their first store in the small Danish won of Ringkobing. He became the sole owner of the brand at age 28 and has built it up to be a global brand. Bestseller is also the biggest shareholder in British fashion retailer Asos. He also owns 10% of German online retailer Zalando. He’s been on Zalando’s supervisory board since 2013, but as CNN reports, his interests extend beyond and retail.

4. He and his wife own more than 1% of all the land in Scotland. In 2007, Anders and his wife founded Wildland, a conservation and sustainable development company. They aim to restore the Scottish Highlands “to their former magnificent natural state and repair the harm that man has inflicted on them.”

5. Around 40 other foreign nationals were killed alongside Anders’ children. In addition to the three unnamed children, authorities have said 36 international visitors were killed in the attack. This includes, per the BBC: eight British citizens (two with joint US citizenship); one Portuguese citizen; six Indian nationals; two engineers from Turkey; two Chinese nationals; two Australians; one person from the Netherlands; and one person from Japan. No group claimed responsibility for the attack, but authorities have blamed a local terror group, National Thowfeek Jamaath, for the attack.