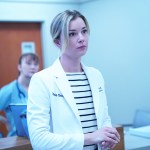 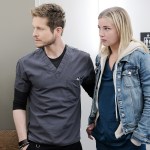 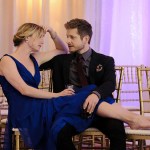 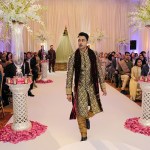 Nic is consumed with worry about Jessie. In this EXCLUSIVE preview of the April 22 episode of ‘The Resident,’ Nic talks with her father about the possible complications with being Jessie’s donor.

“Look, things are about to get tough. We don’t know when or if Jessie’s getting a kidney and dialysis is hard, even when there are no complications and there are almost always complications,” Nic tells her father, played by guest star Corbin Bernsen, in this EXCLUSIVE preview of April 22 episode of The Resident. Her father, Kyle, could be a match to be Jessie’s donor, so now Nic is even more concerned about it could all flesh out.

Kyle asks Nic if she’s trying to scare him away with all this talk of complications. Nic just wants to make sure he’s not going to run when “things get harder.” Nic is also thinking about how this will impact Jessie, too. “I’m worried this is all too much for her,” she says. Kyle decides to flip the tables and asks how Nic is doing. He knows she’s not sleeping and has been having issues with Conrad.

He wants Nic to know that he’s here for her, too. “If I’m a match, we’re golden,” Kyle tells his daughter. Something tells us it’s not going to be so easy for Nic and her family.

The synopsis for the April 22 episode reads: “When the hospital has a severe blood shortage, Conrad must try every avenue to save a patient’s life. Nic receives devastating news and is left worrying about her sister’s health, while Mina and Devon work with a new anesthesiologist who is not what she seems. Elsewhere, Kit considers the future of her intertwining relationships and Bell has an encounter with a woman from his past in the all-new “Stuck As Foretold” episode. The Resident season 2 airs Mondays at 8 p.m. on FOX.