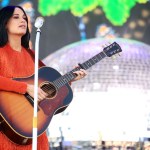 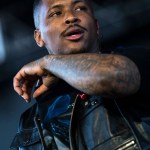 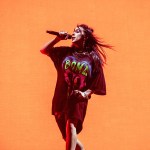 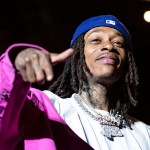 Nearly two years after he cancelled his tour to take a hiatus from music, Justin Bieber made an epic comeback by joining Ariana Grande onstage to close out Coachella 2019 on April 21.

Ariana Grande pulled out all the stops for both weekends of her 2019 Coachella set, and on April 21, that meant surprising the crowd with a performance from the one and only Justin Bieber! The Biebs joined his pal onstage to sing his hit “Sorry,” marking the first time he performed onstage since canceling the final leg of his Purpose world tour in 2017. Justin told the crowd that he didn’t even know he’d be performing that night when he first arrived at Coachella, so it seems this was a last minute surprise put together by Ariana. “Thank you @ArianaGrande. Thank you @coachella,” Justin tweeted afterwards. “That felt right. Love you.”

In addition to performing one of his biggest hits during the set, Justin also gave fans the ultimate surprise by assuring them his next album is “coming soon.” He has not released a full record since Purpose in 2015, so this is certainly a long time coming! Justin had been on his Purpose tour for more than a year when he decided to cancel the final string of dates due to exhaustion and depression at the end of July 2017. Since then, he has been featured on a few songs, but has mostly taken a step back from his career to focus on himself.

During this time off, he married Hailey Baldwin, and has admittedly still struggled with some things in his personal life. It was just two months ago, on March 10, that he wrote on Instagram, “Been struggling a lot. Just feeling super disconnected and weird. I always bounce back so I’m not worried just wanted to reach out and ask you guys to pray for me.”

Meanwhile, Ariana has been going through a lot of her own struggles over the past two years. In May 2017, a suicide bomber attacked her concert in Manchester, U.K., killing 22 people and injuring more than 100 others. She made an incredible comeback with a new album just over a year later, but less than one month after its release, her ex, Mac Miller, tragically died of a drug overdose. At the time, Ari was engaged to Pete Davidson, but they split shortly after Mac’s death.

Ari poured herself into her friends and her music after the breakup, even releasing another new album in Feb. 2019, just six months after her last. She’s since embarked on her Sweetener/Thank U, Next tour, which included back-to-back weekend performances at Coachella. For her April 14 performance, she surprised the crowd with an NSYNC reunion (sans Justin Timberlake), as well as appearances by Diddy and Nicki Minaj.