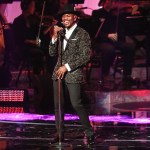 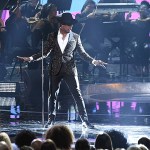 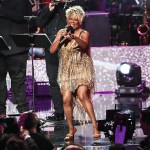 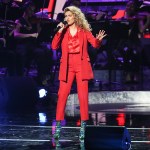 The ‘Motown 60: A Grammy Celebration,’ which airs April 21 on CBS, features so many incredible artists like Ne-Yo and Ciara, as well as Motown legends Smokey Robinson, Stevie Wonder, and more.

Ciara hits the stage in a sexy black bodysuit for her performance. Meghan dazzles in a sparkling pink dress, while Fantasia wows in a leopard print pantsuit. Diana looks like the legend she is in a gorgeous black gown. Tori sizzles in a red hot pantsuit. The fashion for this TV special is on point.

This latest TV music special comes a month after CBS honored the legendary Aretha Franklin with an incredible all-star special that included performances from Jennifer Hudson, Alicia Keys, Celine Dion, Kelly Clarkson, and more. NBC also honored Elvis Presley in Feb. 2019 to celebrate his 1968 comeback special that marked the King of Rock and Roll’s return to live performances after 7 years.

Motown music began in 1959 when music producer Berry Gordy Jr. founded Tamla Records in Detroit. He started using the name Motown Records in 1960. The label would help kickstart the careers of a number of artists like Diana, Stevie, Marvin Gaye, The Temptations, The Jackson 5, Gladys Knight, and more. Berry will also be appearing during the TV special.