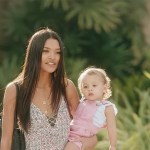 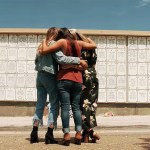 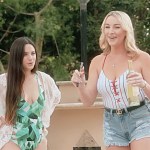 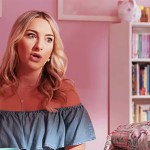 ‘Teen Mom: Young Moms Club’ star Chandlar Walby is firing back in an EXCLUSIVE interview after Tyler Baltierra and Catelynn Lowell dissed the newest spinoff in the MTV franchise.

After MTV announced in late March that it was rebranding its short-lived series, Pretty Little Mamas, as a new Teen Mom series, titled Teen Mom: Young Moms Club, Tyler Baltierra and Catelynn Lowell revealed that they weren’t impressed. “Umm…didn’t they already try airing this show before, [and] it failed? So changing the name [and] using the leftover footage in order to attach it to an already existing successful franchise is somehow going to make it work?” Tyler, who appears on the franchise’s flagship series Teen Mom OG, tweeted after the network made the announcement on Twitter. Catelynn then retweeted her husband, while adding two face-palm emojis. Clearly, they won’t be watching.

And when HollywoodLife spoke to one of the series’ stars, soon-to-be mom-of-two Chandlar Walby, 25, she said she was “disappointed” upon reading their shady tweet. “I thought coming into the Teen Mom family, they would be more welcoming, but according to Twitter, they’re not fans of us. I mean, I’m just going to leave it at. I’m pretty disappointed that the stars that I grew up watching and idolizing over the years actually turned their backs to us,” she told us. “It’s just a let down for me because I really liked [Tyler and Catelynn].”

As for why MTV made the decision to rebrand its previous show as another Teen Mom series, they said, “We understand the confusion around the announcement of Young Moms Club. At the heart of Pretty Little Mamas was a story of 6 moms trying to navigate life, relationships and motherhood. We quickly realized that story is best told through the Teen Mom lens. You’ve seen some of their journey, but we hope that you’ll take a chance to experience the rest.”

Pretty Little Mamas didn’t have a fairytale ending, but we want you to join us for the new beginnings! ☺️ Teen Mom: #YoungMomsClub premieres Monday at 10/9c on @mtv. pic.twitter.com/S4CYGv9N4r