“Mullet is life,” Halsey, 24, captioned an April 19 Instagram photo that showed her brand new hairstyle. The “mullet” in question was less Joe Dirt and more in the vein of 1982’s Joan Jett (around her “I Love Rock’n Roll” single) and fans seemed to agree. “Not a mullet, more like Monica from friends hairstyle but cute,” one wrote in the comments, while another added, ”That’s not a mullet…I can show you my mullet from like 1993.” However, most of the comments were highly complimentary of Halsey’s new look, ranging from “Nice picture” to “MULLET QUEEN.”

While Halsey’s hair won’t be confused for 1992’s Billy Ray Cyrus, often considered one of the greatest mullets in music history, her look is quite a departure from what she had a week before. On April 14, Halsey uploaded a picture of herself rocking braids like she was Janet Jackson from Poetic Justice. “Bringing Ed Hardy back today. (also, one time for the mixed girls with freckles goin’ crazy in all this sun,” she captioned the picture. She would take this makeover to Coachella, so perhaps this mullet is meant for round two of the music festival.

Halsey debuted her new raven-hair look on April 3 with a Rolling Stones reference. “Paint it back,” she said, days after her bright-red hair was channeling the Beatles’ “Strawberry Fields.” (She even used three strawberry emojis in the caption.) A few days before, Halsey’s hair was more pink, as if she was channeling “Cherry Bomb,” the big hit from Joan’s old band, The Runaways. “Off to hunt for cherry blossom booms,” she wrote on March 30. 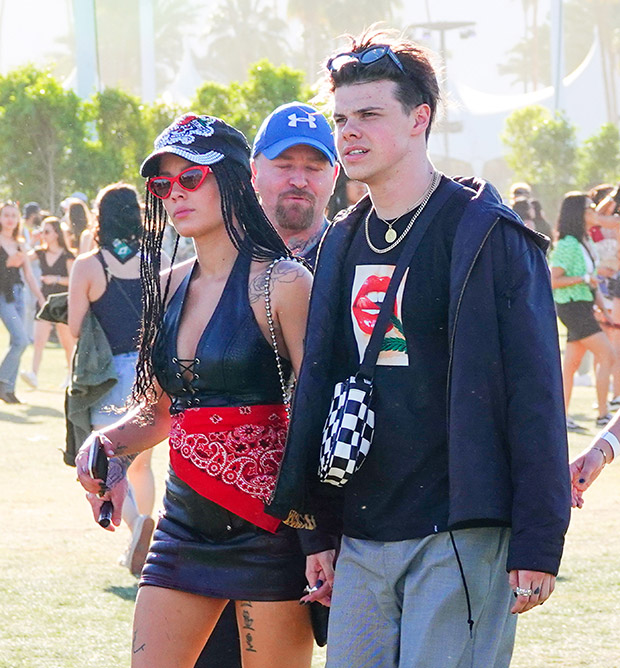 Obviously, Halsey’s hair is another way for her to express herself. “I’m pretty freestyle when it comes to beauty,” she told Allure in 2018. “I’ve been known to disappear upstairs to get ready to go out and come downstairs with a completely different hair color or with my head shaved. And everybody’s like, ‘You’ve been gone for 30 minutes…. What happened?’ I’m known to be kind of reckless with my beauty decisions. I have to force myself to not be so impulsive. I can’t go onstage late because my makeup is done poorly. And I need to build confidence when I get out there.” Judging by the fact that she’s rocking a mullet in 2019, Halsey has plenty of confidence — and she looks great, right?