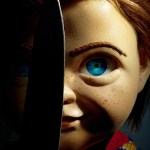 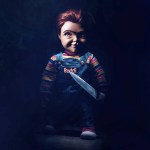 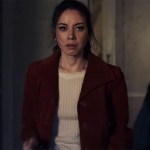 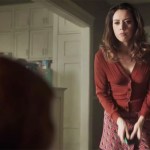 The scariest doll in the world is ready to make a comeback. The new ‘Child’s Play’ reboot trailer will get you so psyched for Chucky’s big return.

The official trailer for the reboot of Child’s Play dropped on April 18! Chucky is back on the big screen for the first time since 2004’s Seed of Chucky. In the new trailer for Child’s Play — in theaters on June 21— Chucky is causing more mayhem than ever. Chucky is ready to spill so much blood. The reboot, a contemporary reimagining of the 1988 film of the same name, takes a similar play off the old classic. Child’s Play follows a mother who gifts her son a toy doll for his birthday, and she’s unaware of the doll’s evil nature. Child’s Play stars Gabriel Bateman, Aubrey Plaza, and Brian Tyree Henry.

Here’s something you might’ve not known: Although Chucky is returning to the big screen, Brad Dourif, who has voiced the dirty-mouth terror in every Child’s Play film since its inception, will not return for the reboot. When Child’s Play hits theaters, the slasher doll will have a slightly different appearance with a more technologically advanced aesthetic. Chucky will also be voiced by Star Wars legend Mark Hamill. Mark announced the news in a creepy video on March 30.

Mark said: “Hello WonderCon, it’s Mark Hamill here. And if you’re wondering who’s going to voice Chucky in the new Child’s Play, you’re looking at him,” Hamill says in the video. “I can’t wait to bring such an iconic character to life and present him in a way you’ve never seen him before. Child’s Play this summer, we’re gonna have some fun. And remember: he’s more than just a toy, he’s your best friend.”

It’s an exciting time for Chucky fans, as there’s also a Child’s Play television adaptation in development on SyFy. The TV series will be spearheaded by the original writer, Don Mancini. “The show will be a fresh take on the franchise, allowing us to explore Chucky’s character with a depth that is uniquely afforded by the television series format, while staying true to the original vision that has terrorized audiences for over three decades now,” Mancini said in a statement about the series.