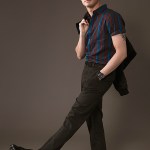 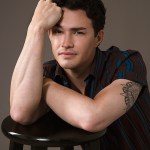 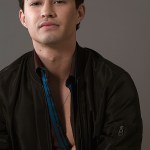 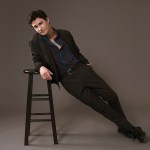 ‘Chilling Adventures of Sabrina’s very own Gavin Leatherwood spoke with HL EXCLUSIVELY about that Part 2 finale twist, a possible dark Nick in Part 3, and whether or not Sabrina will forgive Nick.

Part 2 of Chilling Adventures of Sabrina had one fiery ending. Sabrina discovered that Nick was ordered by the Dark Lord to get close to her. Even though Nick does have real feelings for Sabrina, the foundation of their relationship was built on a devastating secret. In the Part 2 finale, Nick sacrificed himself for Sabrina. Nick was able to trap the Dark Lord inside his body and Lilith carried him off to hell, but not before telling Sabrina that he loved her. Despite his betrayal, Gavin Leatherwood thinks forgiveness is in the cards for Nick and Sabrina. In an EXCLUSIVE interview with HollywoodLife, he explains his reasoning: “Considering the Dark Lord asks people to do these things and he’s a very powerful, manipulative kind of person, and even she [Sabrina] was put under his thumb. Nick was as well and he had to accept just like he believes you should. I think she will find it in her heart to forgive Nick.” At the end of the finale, Sabrina gathered the Fright Club together to tell them they were going to hell “to get my boyfriend back.”

This opens up thrilling possibilities for Part 3 of CAOS and Gavin discussed whether or not we’ll ever see the real Nick again after his big sacrifice. “We’re going to see a new version of him, I think, with a whole other element added on to him,” Gavin continues. “I’m sure a part of him will still be there for sure, I think there’s just going to be this struggle between balancing having the Dark Lord in me and still being Nick.” Gavin also talks about why he’s excited about exploring a different side of his character. “Any time there’s a new extra element to a character, it’s always fun to play,” Gavin says. “The first part of Nick was very flirty and kind of just bad boy and fun, and then part two there was a bit more of a sensitivity to Nick and a bit more vulnerability. For Part 3 and Part 4, I’m just excited to continue stretching as an actor and growing and having the opportunity to play.”

Part 2 really explored Sabrina and Nick’s relationship, giving Sabrina and Harvey shippers a run for their money. Nick and Harvey are two very different people in Sabrina’s life, and Gavin opens up about what Nick gives Sabrina that Harvey can’t. “Being so involved in the witch world and having all this magical prowess and understanding and ability, it’s something that Harvey just can’t offer and it’s why in Part 2 Sabrina and Nick are so right for each other because Nick’s strengths really lend themselves nicely to Sabrina and being a true partner in crime,” Gavin says.

Despite Nick Scratch being a good fit for Sabrina, Gavin is still firmly on Team Harvey. “I think that their love is so powerful and they have such a strong foundation, and Nick is really trying to understand how to love someone to the degree that Sabrina and Harvey have loved each other. He’s learning it and he was learning it and was getting familiar with what love was until this happens, and I’m pretty sure he’s going to have some other stuff on his mind [in Part 3].” Chilling Adventures of Sabrina has been renewed for Part 3 and Part 4. Production will begin in 2019.