Perhaps they’re hoping for some ‘divine intervention’ in their case? After being hit with money laundering charges, Lori Loughlin and Mossimo Giannulli looked quite at peace when leaving a Palm Sunday service.

Lori Loughlin, 54, and her husband, Mossimo Giannulli, 55, were “getting right with God,” so to speak, on April 14. The couple, who would plead not guilty to money laundering and fraud charges the next day, were all smiles as they left the Palm Sunday mass being held at Church of the Good Shepherd in Beverly Hills. The Fuller House star and her fashion designer husband led the procession throughout the church, according to The Blast, who reports that Lori seemed “at ease” throughout the service while Mossimo “remained quiet and stoic.”

Palm Sunday, according to Christian doctrine, signifies Jesus’s return to the city of Jerusalem, as he rode into the city on the back of a donkey and followers laid down palm fronds in his path as a sign of respect. It takes place one week before Easter, which signifies Christ’s crucifixion and resurrection. Perhaps the idea of redemption was comforting to Lori and her husband, as they’re facing some serious jail time for their alleged role in “Operation Varsity Blues,” the nationwide college admissions cheating scandal. The day after attending the church service, on April 15, they would plead “not guilty” to charges of conspiracy to commit money laundering as part of a complex scam to get her daughters into USC.

Lori and Mossimo have been accused of paying half a million dollars in order to have their two daughters classified as recruits of the USC crew team, despite the fact that neither girl participated in the sport. Before they were hit with the money laundering charges, the couple was charged conspiracy to commit mail fraud and honest services mail fraud. Lori and Moss could get a maximum of 20-years in prison if convicted, which is why they’re “depending on their lawyers to pull off a miracle and get them out of this mess,” a source EXCLUSIVELY told HollywoodLife.com. “Lori and Mossimo are looking for a Hail Mary when it comes to their case.” 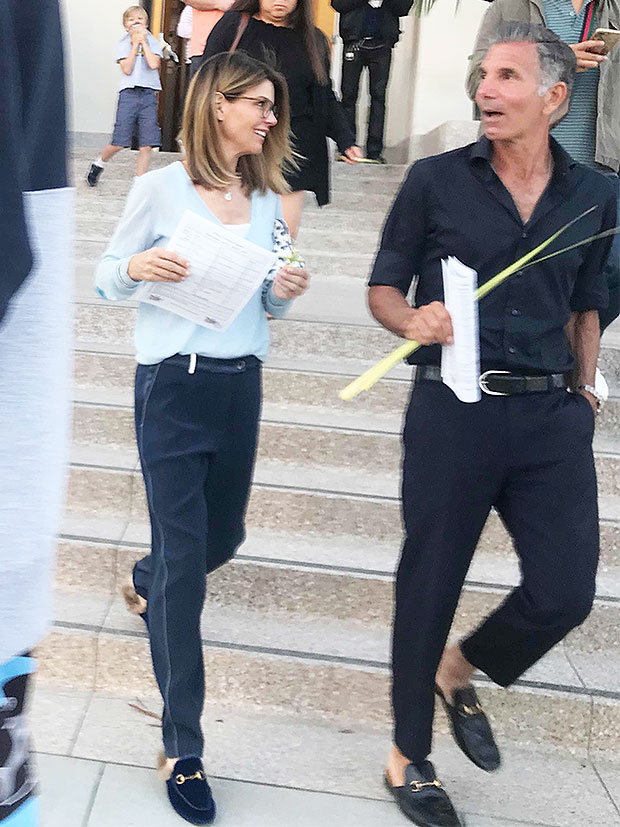 Sadly for Lori and Mossimo, they probably will have to pay a penance for their crimes, Boston area criminal defense attorney Joseph B. Simons EXCLUSIVELY told HollywoodLife.com. “It seems unlikely at this point that Ms. Loughlin can avoid federal prison. That said, perhaps her attorneys can be creative with suggestions for huge fines, community service, strict probation and/or home confinement.”