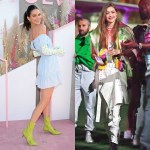 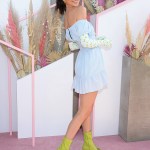 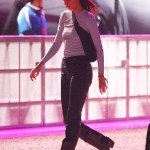 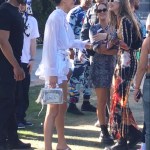 Gigi Hadid lived her best life at Coachella & once the party ended, she made time for some poolside R&R. She looked drop-dead-gorgeous as she rocked a tiny pink bikini for her day of ‘recovery.’

Coachella may be over, but Gigi Hadid, 23, kept the fierce fashion looks coming in the days following. The stunner recuperated from the fun-filled weekend in the best way, and caught some rays by the pool in a chic pink bikini from Solid & Striped. The supermodel looked incredible in a snapshot shared to her Instagram, where she stood at the pool’s edge and showed off her toned body, as well as her mile-long legs. The star sported a pair of trendy white frames on her face while a plethora of water floats could be seen behind her. She kept her caption short and sweet: “recovery” she wrote, alluding to her wild weekend at the festival.

Soaking up some rays may prove to be the best post-music festival remedy, but we’re still reminiscing about the parade of outfits Gigi pulled out all weekend long. She brought her Coachella style A-game this year, and nailed every ensemble. On day one of the fest, Gigi opted for a cool pair of high-waisted crisp white Alyx Spring 2019 pants which featured a belt cinching in her waist, and cool accents around her knees. She paired the trousers with a tiny little white knit crop top that showed off her insanely toned abs, and threw a yellow and pink denim cutoff Ganni Hopewell Tie-Dye Waistcoat on top of the whole look, adding a pop of color. She was boho chic from head to toe!

On day two of the annual music fest, Gigi nailed it once again. Before heading over to see the live acts, she hit up the official McDonald’s pre-party on Saturday, April 13 in Rancho Mirage, California.  She opted for a full tie-dye ensemble that day, wearing red and yellow Kim Shui Studio Open Front Knit Pants that were high-waisted and featured cut out slits on the side of both legs. She stunned in a matching Kim Shui Studio Jersey Dye Top, which was long-sleeve and featured a keyhole cutout on the chest. She was sure to toss on a pair of comfy shoes as well, opting for classic, black Doc Martens.

Even after the one of the biggest music festivals of the year, Gigi looks beyond flawless. Cheers to this stunner for serving up A-plus style looks time and time again.