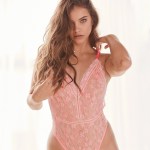 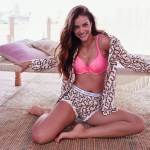 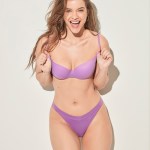 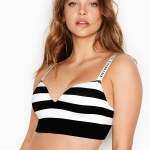 It’s no secret that Barbara Palvin, 25, has an absolutely amazing body, and the Victoria’s Secret model revealed that cooking her own meals helps her keep her body in shape. The new Victoria’s Secret Angel revealed her diet and workout secrets to HollywoodLife EXCLUSIVELY, at the launch of the new bra collection, Incredible by Victoria’s Secret, on the first stop of the multi-city tour at the Victoria’s Secret 5th Avenue store in New York City on April 16. “I never actually prepared to be an Angel, but instead I actually took time and worked on myself. I always say, ‘If you don’t love yourself, how do you expect other people to love you?’ So I took that as some motivation for myself to work on my body and my mentality,” Barbara admitted. As for her diet and workouts, the Hungarian model shared, “I have a personal trainer, so I kind of do whatever he tells me. Plus, I cook most of the time.”

Barbara enjoys cooking for herself and a typical day for the gorgeous model includes, “For breakfast I usually have overnight oats, for lunch I’ll make a baked chicken with some steamed broccoli, or cauliflower, or a sweet potato puree. I always make sure I have meat and vegetables or fish and vegetables. For dinner, I always just have something light or I’ll have a jar of ice cream – it depends.” Keeping her mind and body in check is all Barbara has to worry about, as she revealed she’s not nervous about being an Angel, “I’m not worried about anything. I’m just happy to represent a brand that empowers women on a global scale.” As for the best advice she’s received from the Angels, “They always just tell me to be myself and they always just laugh when I ask for advice, because they think that since I’ve been around for so long, I don’t really need any advice. All of the Angels are individually amazing, and now that I actually am one, I see how much work and effort they put in to be here, and it’s really amazing.”

Barbara was officially announced as the new VS Angel on March 14, and the model was first discovered when she was just 12 years old, while out with her mother in her home country of Hungary. She first walked in the Victoria’s Secret Fashion Show in 2012, and returned to the runway in 2018. At the 2018 show, her boyfriend Dylan Sprouse, 26, watched from the audience and even brought Shake Shack burgers and fries as a post-show treat. Sharing EXCLUSIVELY with HollywoodLife, how she celebrated when she found out she was an Angel, she said, “I was so excited. I called Dylan right away, then I told my parents, then they threw me a surprise dinner.”

The new launch of the Incredible by Victoria’s Secret bra collection is made with the softest and smoothest fabric the brand has ever had, plus it has a cushioned underwire for ultimate comfort, adjustable straps with a smoothing back, a wider band for a sleek shape, and the collection comes in an array of bright spring colors, exclusively at Victoria’s Secret stores and VictoriasSecret.com. Barbara is a huge fan of the new line, admitting, “I love that you just throw it on and wear it, but you don’t feel like you’re wearing a bra. That’s always been a big problem for me, but this new one has cushion underwire, so when I fly a lot, I can even pass out on the flight and it’s not uncomfortable.” As for her favorite from the collection, “I love the neon pink, because I wear a lot of black, and neon is in right now. Plus, if you get super tan and you wear a white outfit, but you see a pop of the neon pink, it’s going to be a hit for the summer.”