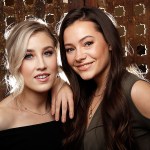 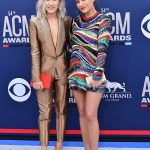 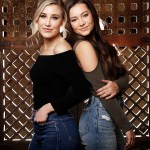 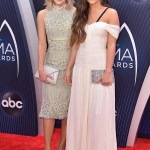 Ahead of bringing their beloved new single ‘Die From A Broken Heart’ to Country radio, Maddie & Tae spoke to HL about the beautiful yet heartbreaking song.

Country duo Maddie & Tae took their already-critically acclaimed hit “Die From A Broken Heart” to Country radio today, April 15, ahead of the official add date, May 6th, due to the overwhelming success on XM and over 23 million streams. “It’s only been streaming and on XM and it’s been that big of a hit for us, so it just shows that our fans, they will listen, they will get our music and they will connect with it no matter what platform it’s on.” Taylor Dye of Maddie & Tae revealed to HollywoodLife.com in an exclusive interview at Tortuga Music Festival in Fort Lauderdale, FL. “That’s just been such a blessing…to have such a personal song to our story the past couple of years just feels incredible. It just feels like people are connecting to feelings and experiences that we’ve gone through.”

The pair went on to play the tearjerking number to a full crowd at the festival’s Sunset Stage, and the girls were met with almost every member of the audience singing along. “I mean it is crazy. It hasn’t even gone to terrestrial radio yet,” Maddie Marlow added, ahead of the early release to radio, today. Maddie & Tae continued to also tease their new music, which will come on April 26th in the form of an EP called One Heart To Another. “It’s just a snap shot of more that’s coming!” Maddie said.

The girls are also preparing to embark on Carrie Underwood‘s major girl power tour, the Cry Pretty 360 Tour! “We have been in rehearsals for four days, 10 or 11 hour rehearsals a day! We are so sore,” Maddie said, “but very prepared!” Tae jumped in. “We have so many exciting things planned. Our fans are gonna freak out. We’re doing things and singing songs that we’ve never performed before. We’ve got a little choreography going on,” Maddie continued. When it comes to what they’re excited to do with Carrie, the answer was simple… “We’re definitely going to drink some wine,” they laughed. Yes!

Maddie & Tae, along with Thomas Rhett, Maren Morris, Jason Aldean and Kenny Chesney performed at the Tortuga Music Festival, which benefits the Rock The Ocean Foundation. At the three-day festival on the beach in Fort Lauderdale, Nissan excitedly revealed their new 2020 Versa to fans, with the help of a surprise performance from Kane Brown!