Yee-haw! Gwen Stefani brought a little country flair to the City of Angels, as she mixed a denim skirt with fishnets for a sweet date night with her hunky beau, Blake Shelton!

Call it “Rhapsody in blue…denim.” Gwen Stefani, 49, couldn’t look any more in love when she and Blake Shelton, 42, grabbed dinner together on April 14. The No Doubt singer joined her fellow Voice coach for a bite at Craig’s restaurant in West Hollywood, and she matched her country music hunk of a boyfriend. As Blake rocked a pair of jeans and a loose flannel, Gwen wore a tight denim miniskirt, a pair of “cowboy boot heels” that were so chic, and a jacket that threw a bit of leather into the mix. Maybe it was the fact that she was spending time with the love of her life or perhaps she knew just how good she looked, but Gwen could not stop smiling for photographers as they caught her leaving the restaurant.

Speaking of smiling, Blake and Gwen couldn’t help but laugh after what went down at the 2019 Academy of Country Music Awards. Gwen attended the show to support Blake – which “meant so much to him,” an insider EXCLUSIVELY told HollywoodLife.com – but she was there to get a face full of shade courtesy of Blake’s ex, Miranda Lambert, 35. While Miranda was performing her song, “Little Red Wagon,” she changed the lyrics to reflect her new life, post-Blake Shelton divorce. Instead of singing “I live in Oklahoma,” she proudly shouted, “I got the Hell out of Oklahoma.”

Considering that’s where she spent the majority of her life while married to Blake and knowing he was in the audience, it’s not a major stretch to think this jab was aimed at him. However, it seems that this attempt at shade backfired. The two “laughed off” the lyric change, a source EXCLUSIVELY told HollywoodLife.com. Gwen, as it turns out, loves Oklahoma and she thought “the whole thing was kind of funny.” Gwen was “embarrassed” for Miranda because she thought this insult made it “obvious…that she is still thinking about Blake even though she’s married and appears to have moved on.” 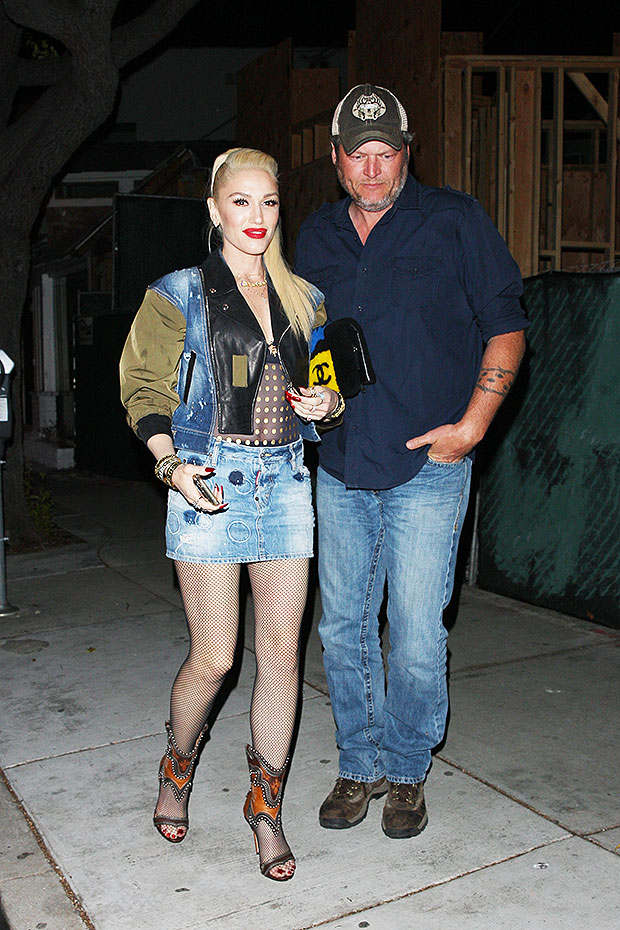 When Gwen and Blake get back to Oklahoma, the two will have to tend to the garden they’ve started together. The “A Guy With a Girl” singer posted a shot to his Twitter on March 29, indicating he was clearing space at his home for Gwen’s new flowerbed. “Gwen really looks forward to her visits in Oklahoma now. She loves how tranquil and peaceful life is there and her kids love it too,” a source told HollywoodLife.com. “She uses Oklahoma as a way of recharging her batteries and spending quality time with Blake and [her] kids.”