Jon Snow finally learned the truth about his parents and the pivotal scene in the ‘Game of Thrones’ season 8 premiere featured an epic callback to a Ned Stark scene in the first season.

The final minutes of the Game of Thrones season 8 premiere featured Sam Tarly telling Jon Snow that he is actually the son of Lyanna Stark and Rhaegar Targaryen in the Winterfell crypts. As Jon is trying to wrap his head around the fact that he is the true heir to the Iron Throne and not a bastard, Ned Stark’s statue is in the distance behind him. “My father was the most honorable man I ever met. You’re saying he lied to me all my life?” Jon asks Sam. Sam acknowledges the statue and tells Jon, “Your father… Ned Stark, he promised your mother that he’d always protect you and he did. Robert would have murdered you if he knew.” As he says this, Lyanna’s statue in the crypt comes into view between Sam and Jon Snow.

This poignant scene is a major callback to the second episode of season 1. As Jon and Ned said goodbye before Jon headed off to the Night’s Watch, Ned told Jon, “You are a Stark. You may not have my name, but you have my blood.” Jon asked Ned about his mother. “The next time we see each other, we’ll talk about your mother. I promise,” Ned said.

Ned was telling Jon the truth at that time, just not the entire truth. Jon is half Stark, but his last name is really Targaryen. Ned never got the chance to tell Jon Snow about his mother. Just a few episodes later, Ned was decapitated at Joffrey’s command. But Ned was a part of the moment Jon Snow found out, even if it was just his statue. 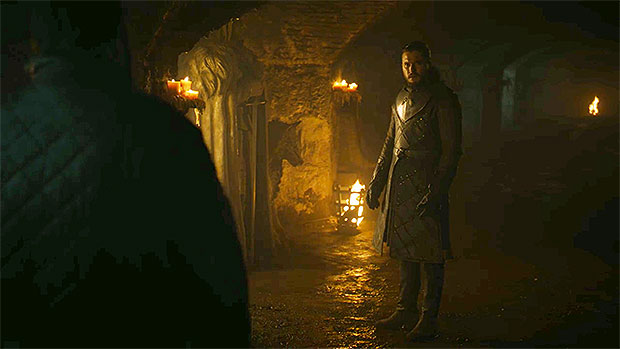 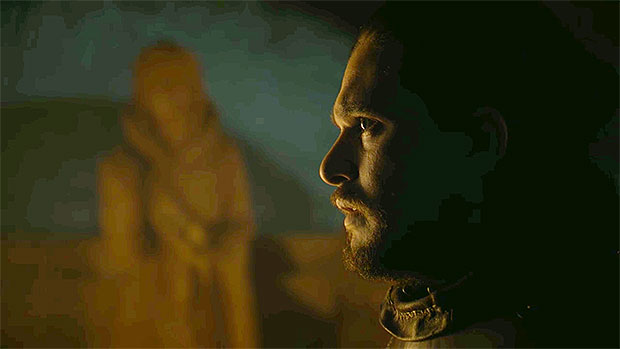 Now that Jon knows the truth about his parentage, it will have game-changing consequences for his relationship with Daenerys. Jon is technically in a relationship with his aunt. “You gave up your crown to save your people. Would she do the same?” Sam asks Jon after the big reveal. That’s the million dollar question right now. Will Daenerys bend the knee for Jon? The final season of Game of Thrones airs Sundays at 9 p.m. on HBO.