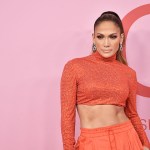 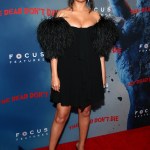 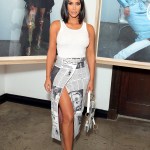 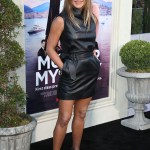 It has been such an insane week filled with red carpet events, where some of our favorite stars looked gorgeous in their outfits and we rounded up the best dressed celebs of this week!

We have to start with Scarlett Johansson, 34, who has been around the world this past week promoting her new film, Avengers: End Game. Her press tour outfits have been nothing short of gorgeous, but our absolute fave look from her this week, was the sexy satin black Tom Ford Spring 2019 tuxedo she wore to the Fan Film Event held at Picturehouse Central in London on April 10. The entire chest of the blazer was completely cutout, showing off her braless cleavage, which was on full display, while the waist was cinched in. The gaping cutout on her chest was the main attraction, but her straight leg pants and pointy-toed pumps completed this sexy get-up. Some of her other amazing looks this week included her black-and-dahlia floral Michael Kors shirtdress with a matching belt, both from the Fall 2019 Collection, as well as her bedazzled mini dress on Jimmy Kimmel Live on Monday, April 8 in Los Angeles. Scarlett donned a black Miu Miu mini dress which featured a sleeveless, completely bedazzled bodice featuring white and green crystals all over the top of the dress and the straps.

Priyanka Chopra, 36, also slayed her look this week at the Women in the World Summit in New York City on Thursday, April 11, when she opted for a gray tweed Ralph & Russo Fall 2017 Couture suit featuring an off-the-shoulder fitted flared top, paired with a matching, high-waisted mini skirt with a slit on the side. The best part about both the top and the skirt were the crystal buttons that decorated the look. Priyanka accessorized this business chic ensemble with Sergio Rossi clear studded pumps, Chopard jewels, a Fendi baguette and black Thierry Lasry Acidity 101 cat-eye sunglasses.

Katy Perry, 34, looked fabulous in a full blue ensemble when she arrived on the carpet of the 10th Annual DVF Awards at The Brooklyn Museum in New York on April 11. She opted to wear a bright blue geometric patterned Diane von Furstenberg Fall 2019 midi dress which had tight rouching along the front, while the sleeves and chest featured a sheer underlay. The singer paired the look with royal blue, pointy-toed Katy Perry Celina Blue Suede Pumps, and huge blue Closer by Wwake Blue Earrings.

It has been a huge past two weeks for Sophie Turner, 23, as the season premiere of Game Of Thrones airs this Sunday, April 14 on HBO. The actress headed to the season eight premiere of Game of Thrones in Belfast, Northern Ireland on April 12, wearing this stunning white, long-sleeve fitted gown with a slit on the side. The dress featured silver sequins around the shoulders and down the sides of the dress, cinching in her tiny waist, while the long sleeves were completely cutout. There were so many other looks we loved this week and you can click through the gallery top see more.