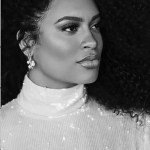 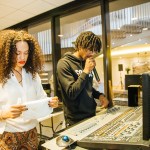 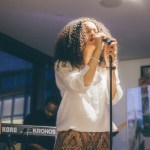 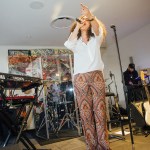 Nicole Bus captivated listeners with the release of her stunning track, “You,” but with Rick Ross on the official remix, the song received a makeover that will blow you away.

Dutch-born breakout artist Nicole Bus is reinventing her soulful single “You” with the help of the boss himself, Rick Ross. The songstress dropped the remix with the A-list rapper on April 12, and it’s a music match made in heaven. The talented Roc Nation signee told us all about the song’s revamp, the meaning behind the lyrics, and finding her footing in the American music scene.

However, with Ross on the remix, the song receives the ultimate makeover, with the rapper’s signature raspy bars contrasting with Nicole’s soaring vocals flawlessly. And, while Nicole is well on her way to the A-list herself, she’s by no means jaded by her success and was beyond thrilled to have Ross hope on the track. “He heard it and said yep I want to do the remix! I was so surprised. I was like ‘wow this is amazing.’ I was just blown away.”

The singer, who was inspired by the likes of Lauryn Hill while growing up, set her eyes on American success. “Europe is very Americanized and I remember back in the day I was watching MTV and all the music programs is had such an influence on how they present music in America,” she explains, before adding how her artistry (which involves playing multiple instruments) helps to set her apart. “How can I make it more interesting than just a girl from Amsterdam who sings? The notion that is that the instruments add to the vibrations.”

For Nicole, becoming part of the Roc Nation family was always in the cards. “It was more than exciting,” she said of getting the call offering her a spot on the roster, one she had hoped to end up on since day one. She goes on to say that her labelmate, Victory Boyd, has been on heavy rotation on her own person playlist. Nicole is definitely one to watch as she continues to amass more dedicated followers in America! “I’d like to thank my American-based fans, I’m so grateful and am flabbergasted by this.”