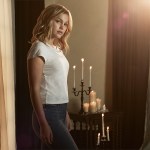 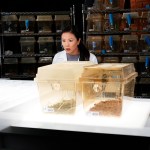 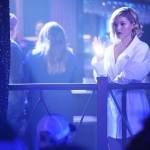 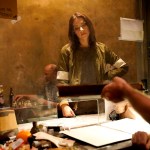 Mina’s back for season 2 of ‘Marvel’s Cloak & Dagger.’ While testing her lab rat, she makes a shocking discovery that could change everything.

Season 2 of Marvel’s Cloak & Dagger is just getting started. In the third episode of the second season, our fave Ally Maki returns as Mina. In our EXCLUSIVE preview, Mina is testing a lab rat for an experiment to figure out what really happened the night of the mass exposure. “The maze is one subject 11 already knows and has been working on the last 3 months,” Mina says for her recording. “It has been modified to test its resilience in the face of adversity so we are trying to frustrate it, basically. Very much like I am frustrated because if this experiment doesn’t yield something soon I’m going to run out of grant money and then we will never know what happen that night.”

Suddenly, the power goes out and it’s total darkness. When the power comes back on, Mina notices something major with the lab rats. There’s now two of them. “Oh, that’s certainly something,” Mina says. This is the big break she needed.

The synopsis for the April 11 episode reads: “After learning about a group of young girls who have gone missing, Tandy and Tyrone look to see if they can find out what has happened to them. As they get further into their investigation, they realize someone else is trying to rescue the girls too, but in her own vigilante justice type of way. Meanwhile, Mina may have discovered a side effect to the big Roxxon leak.” The series also stars Olivia Holt, Aubrey Joseph, Emma Lahana, Gloria Reuben, and more. Marvel’s Cloak & Dagger airs Thursdays at 8 p.m. on Freeform.