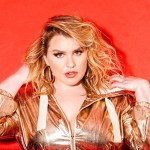 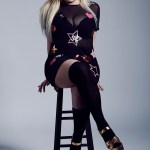 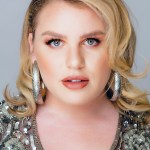 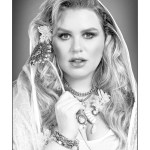 She’s rocked the stage opening for the likes of Jason Derulo & Nelly, but it’s only a matter of time before CHEL is headlining arenas of her own. Catch the EXCLUSIVE premiere of her new single, ‘Amen,’ right here.

There was a time when the always body-positive pop singer CHEL was told she didn’t “look the part” to succeed in the music industry and to that – she’s letting her music be the answer. The budding star’s inspirational tracks are proof that she’s not only ready to break the mold, she’s ready to smash it to smithereens.  The songstress has amassed herself a dedicated fanbase that can’t get enough of her tracks, which almost always contain a meaningful message between the lyrics. Her latest, “Amen,” is an empowering anthem that seeks to unite us all and it’s EXCLUSIVELY premiering with HollywoodLife.

CHEL told us why this song in particular is so important to her. “There is so much turmoil in our world right now between mass shootings, deportation, refugees, police brutality, racism, homophobia, genocide, war, slavery, and the continued lack of equality across gender, religion, and sexual orientation. Our media, political leaders, and even religious heads have a tendency to segregate and create fear rather than uniting us. ‘Amen’ is about all of these things,” she explained.

However, the tone of the track remains positive overall. “‘Amen’ also tells the story of my belief in humanity. I believe that we can all come together as one if we can learn to look past each others differences and realize that we are all human.”

Listen to CHEL’s striking new song above! Cheers to this fierce lady for paving her own path to the top!