Caroline Manzo is looking good! The former ‘RHONJ’ star flaunted her new facelift and 20 lb. weight loss while out with Ali Landry and Reza Farahan, and she’s never looked better.

Caroline Manzo, 57, is walking around with a whole new look these days. The former Real Housewives of New Jersey star recently revealed she underwent a facelift and dropped nearly 20 pounds, and she looks phenomenal. Caroline showed off her slimmer figure and fresher face while out with Ali Landry and Reza Farahan on April 9. The Shahs of Sunset star shared a photo of the trio, where Caroline’s new look is on full display. The three got together for a new project they’re working on together for Lifetime that has something to do with the network’s morning show, The Balancing Act.

The mother of three was a guest on her son, Albie Manzo‘s podcast, Dear Albie, when she opened up about her weight loss battle. “Once we stopped doing ‘Manzo’d [with Children],’ (the show ended in 2017), which I miss terribly, once you go 100 mph, 1,000 mph, and then you stop, you do nothing, it’s kind of like a head trip for you. Then, of course, Marchesa, our granddaughter, was born and I became one of the primary caretakers while [son-in-law] Vito and [daughter] Lauren are at work, and I have the baby three days a week,” Caroline explained.

“From that, my world just started getting smaller because it was the baby and the house every day,” she continued. “With that, my age, I’m going to be 58 in August, those things start to play on your mind a little bit. I started to gain weight in the past year, probably the heaviest I’ve been in my life.” Shortly after New Year’s, Caroline decided to start living a healthier lifestyle.

Hey @marcuslemonis - stopped into Your #marcus location in Meat Packing - great stuff, so fun ! You guys have to check it out on W13th in meat packing NYC ! 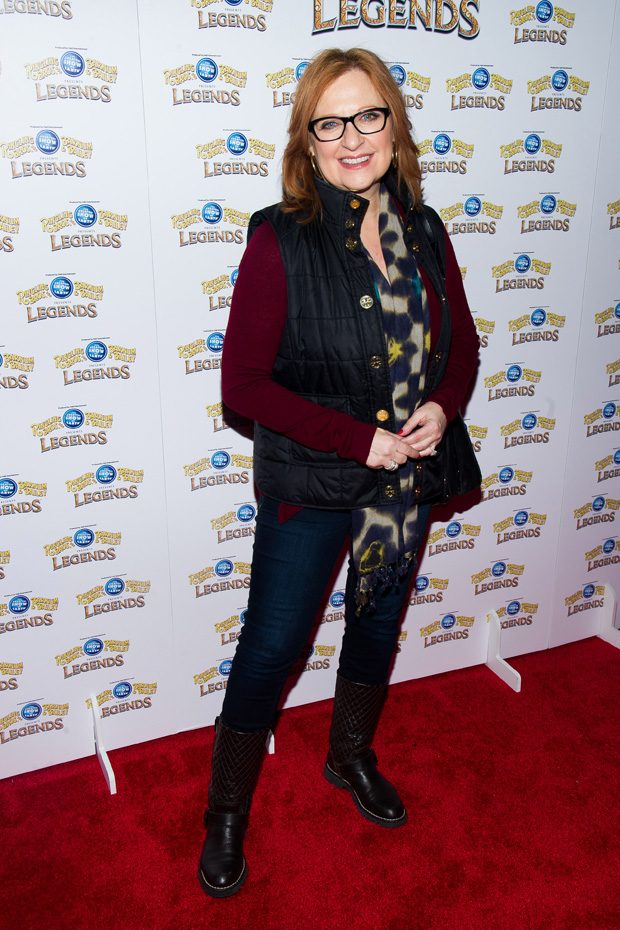 “I woke up and I decided that I was spiraling and going to a bad headspace, and I can’t do that for a multitude of reasons, it’s not good for me, it’s not good for the family, and the first thing I started to take control of was my weight,” Caroline recalled.

That’s when the reality star cut out carbs, meats and soda. Caroline, who said she’s “basically a vegetarian now” went on to explain what led to her decision to get a facelift. “My granddaughter, before she goes to bed every night, Lauren FaceTimes me. When she would FaceTime me, because of the weight loss I would notice what I had on my neck,” she said, referring to it as a “turkey neck,” because “my skin was just loose under my neck and it just freaked me out.”

Caroline then visited New Jersey-based plastic surgeon Dr. Robert Zubowski, who would eventually help change the course of her life. “He said to me, ‘The skin on your face, the fat placement on your face is still very good, but your neck is not going to snap back because of your age and it lost elasticity,’ so right then and there, I said, ‘Okay, let’s do a facelift,'” she recalled.

Now, Caroline — who recently turned down an offer to join the RHONJ‘s 10th season, which is currently in production — has never felt better. “Since having it done, and this coincides with the weight loss, my whole entire outlook on life has changed and I could cry thinking about it,” Caroline said. “It really, for me, brought my headspace to a whole different place.”