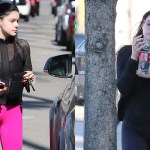 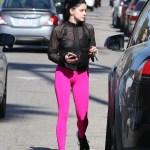 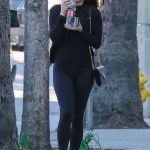 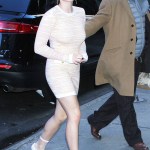 After revealing that she had ‘drop all the weight I couldn’t lose’ after switching meds, Ariel Winter flaunted this ‘healthier’ transformation by rocking a pair of hot pink, skintight leggings!

Ariel Winter, 21, channeled her inner Missing Persons and went “walking in L.A.” on April 11, a day after she opened up about how she had shed the pounds partially to a change in anti-depressants. While out and about in Los Angeles, the Modern Family star rocked a pair of hot pink leggings that hugged every inch of her lower half. She complemented the leggings with a see-through mesh top and black sports bra, as it appeared she was either about to run a half-marathon or hit up a CrossFit class. Considering her also credited her recent weight loss to working out, it wouldn’t be hard to imagine that she was about to duck into a gym for a quick workout.

Ariel’s weight loss was the subject of a very intimate and personal Instagram Q&A session on April 10. After a fan had asked her why she was so “thin,” she responded by saying it was the result of getting her head and body right. “For years I had been on anti-depressants that caused me to gain weight that I couldn’t lose no matter what I did,” she wrote. “It was always frustrating for me because I wanted to get fit and feel like the work I was doing was paying off, but never felt that way.”

“I just accepted feeling eh instead of trying to find something to actually feel better,” she said, adding that last year, she decided she was tired of feeling “eh” and she was about the find “a great combination of medication” that worked for her. Ariel finding stability alone is great to hear, but it turns out the change in meds had a secondary benefit: she “instantly” dropped “all of the weight I couldn’t lose before by just giving me back a metabolism.” However, she said she wanted to gain a few pounds of muscle and get “healthier. Also, I want my butt back.” 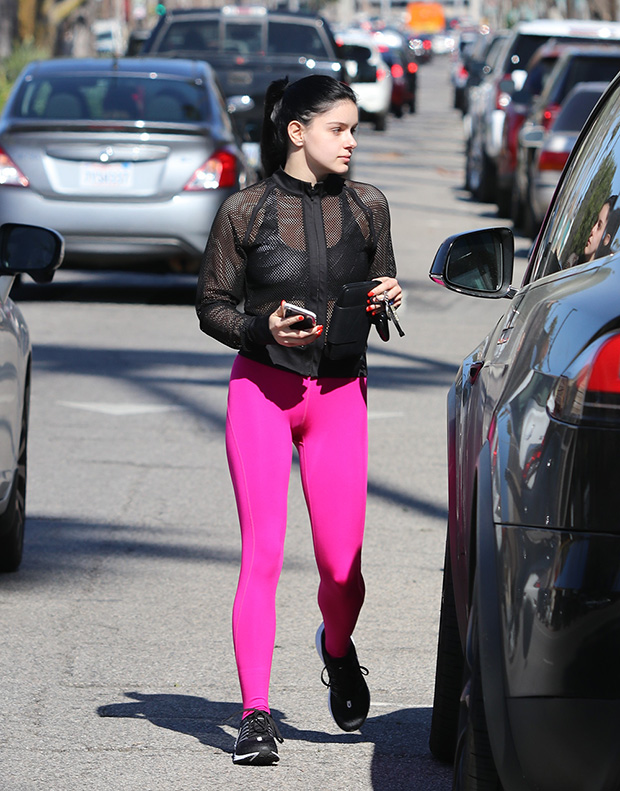 It appears everything is going right for Ariel. In addition to finding a medicine combo and a gym schedule that works for her, she has found love with Levi Meaden, 31. “She looks great, feels great and is a really happy and good place,” a source EXCLUSIVELY told HollywoodLife.com. “She realizes she surrounds herself with great people and is in a really happy and healthy relationship.