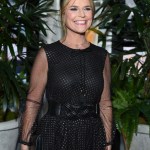 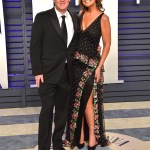 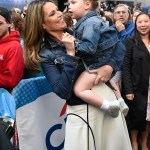 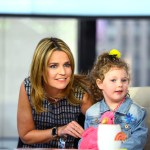 ‘Today’ host Savannah Guthrie opened up about the struggle she went through when trying to have her second child, Charley, 2, in a touching interview with ‘Health’ for its May issue.

Savannah Guthrie, 47, is getting real about the difficult process of IVF and how it eventually helped her and her husband, Mike Feldman, 50, have her “miracle” son, Charley, 2, at the age of 45. In a new interview, the Today show host reflected on how lucky she feels to have been able to have two children even though she started her family at an older age than most. Savannah became a mom for the first time in 2014, when she gave birth to her daughter, Vale, 4, two years before having Charley.

“I knew it was the winning lottery ticket to have one child—I was 42 when I had her,” she told Health in its May issue. “So I never dreamed that I would have two.” After having Vale naturally, Savannah made the decision to try IVF treatment to conceive Charley, and although she wasn’t sure what to expect, she knew it was a risk she wanted to take, for Vale’s sake.

“With Charley, I did do IVF. So I would say Vale was a miracle, and Charley was a medical miracle,” she explained. “When making that decision about whether to go through IVF, my husband and I talked about it a lot. I didn’t want to start a process where we spent all of our present searching after some future…when our present was so lovely and beautiful and enough. But I also knew I would love for Vale to have a sibling—especially because we are older, it was important to me for her to have a sibling, somebody to do life with.”

“My husband and I, we decided, ‘OK, let’s give it a shot,’ you know? But it ended up taking more than one attempt,” she continued. “It took a few. But we were lucky. I always say, Charley was, like, the last egg out. He really was. And we’re so blessed.”

Savannah went on to reveal that the whole process helped her to realize how much it takes for an older woman to conceive and expressed her compassion for those women having a hard time with it all. “Going through what we did, it makes you realize that everything has to go just right to have a healthy baby,” she said. “I really feel for so many women who are struggling and wishing and wondering, ‘When’s it gonna be my turn?’ I know. And I understand.”